Without further ado, let’s try to figure out what we should expect from episode five – “A Snake In The Grass.” 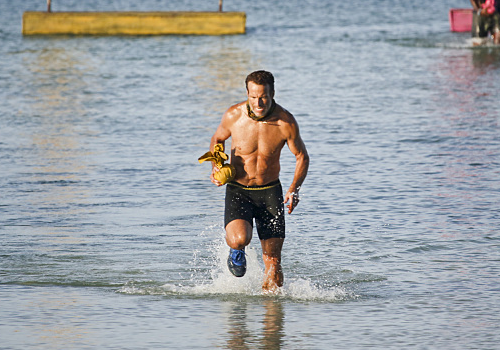 I’m going to try a new format starting this week. I want to review last week’s predictions to see what went as expected and what I completely missed.

1. Angkor loses both the reward and the immunity challenge.

Only got 50% on this one. I was really surprised Savage managed to pull off that win and that it was Jeremy who placed last. That said, even one good dinner wasn’t going to give that tribe what they needed for that brutal immunity challenge.

2. Spencer manages to begin integrating himself within the original Bayon four thanks to Jeremy and Stephen wanting to work with him.

More so Jeremy than Stephen, it appears, but I think it’s a safe bet that Kelly would be voted out before Spencer if Bayon were to go to tribal.

3. Kelley continues to kick Terry under the bus and creates a divide in the new Ta Keo majority with people like Joe and Kass.

Maybe she did, maybe she didn’t. All I know is that Kass made Kelley a birthday bracelet.

4. Woo and Varner will be at risk for elimination. Woo because he still voted for Abi even after the numbers had shifted, and Varner because Savage and Tasha believe he isn’t able to carry his weight in challenges and Abi will continue to vote with them.

Okay, so I nailed it here. That said, I had no idea Varner was going to get his foot smashed by a giant puzzle piece. If I guessed that, we’d have a problem.

5. Oh, and more people will get confessionals talking about Joe.

Huh, I don’t think this happened, though Joe basically started running puzzle pieces solo towards the end of the blindfolded segment of the challenge. I would think that warrants some more “Joe’s so dreamy” moments, but I guess there wasn’t time in the episode. 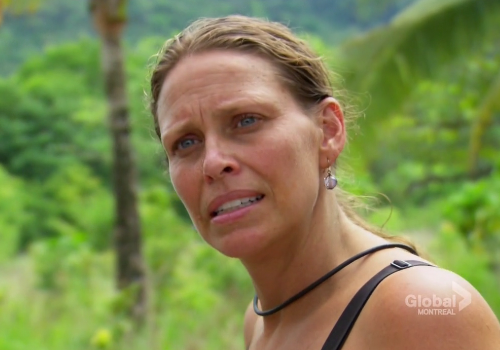 The preview at the end of last week’s episode was loaded. For one, we heard from Kimmi and Keith, which has been a rarity thus far this season. And it wasn’t just laughing noises or whatever it is Keith talks about. Keith was discussing numbers and a final five plan. Kimmi was accusing someone of being a “snake” and talking about casualties. It’s exciting and immensely confusing for someone trying to make clear predictions.

“In a season of second chances… the most unlikely just might be the most dangerous,” says Probst’s voice-over. Following are shots of Abi, Keith, and Kimmi, and then a clip of all of Ta Keo, minus Terry, talking at the shelter about their final five plans.

Now I’ll be honest; no amount of Probst narration is going to convince me that Keith is organizing an endgame alliance. I will believe he is part of one, on account of being decent but beatable at challenges, and most likely very loyal to whoever promises him a seat at the final tribal council. The only reason I would guess he was featured in the preview is because of how rare it is for Keith to discuss numbers in front of the camera. The editors probably thought it worthy of highlighting. I’m not going to make too much out of the clips from Ta Keo. Kimmi on the other hand – she’s a different story.

We haven’t heard much of anything from Kimmi with exceptions of puzzle piece-finding directions and some laughter. She hasn’t been set up as a novelty character like Keith; she really hasn’t been set up as anything. We see her calling another woman on the tribe “a snake” to who I think is Stephen, and a confessional where she states, “there are going to be casualties.” This could be an indication of Kimmi attempting to call some shots, or at least influence her tribe-mates. But really, the more interesting part is whom Kimmi is calling a snake. There are only two other women on Bayon: Monica and Kelly (insert “Kelly is a rat, not a snake!” joke here).

The truth is, we’ve been given no reason to believe that Kelly is even trying to play this game on a strategic level. Despite being in the minority in a tribe swap, we heard nothing from her about scrambling to get people on her side or working with Spencer to stay alive. She’s basically hoping that her non-game is a game in itself.

Monica, on the other hand, has given us some insight into her future plans. It was brief, but she mentioned in her first non-generic confessional that she is interested in an all-girl alliance. Now, why would the editors throw in that little moment? Well, I’ll propose an idea: Monica is going to start talking to Kelly Wiglesworth, and Kimmi about an all-female alliance and Kimmi isn’t going to be into it. With genders evenly divided on Bayon, what would be the point of creating a gender-based alliance when Monica and Kimmi are already in the majority? And if Kimmi was talking to Stephen about it, this could be very, very bad for Monica.

I think it’s a fair guess that Monica is the “snake” and casualty Kimmi is referring to, and it could mean the end of Monica’s game if Bayon goes to tribal council. 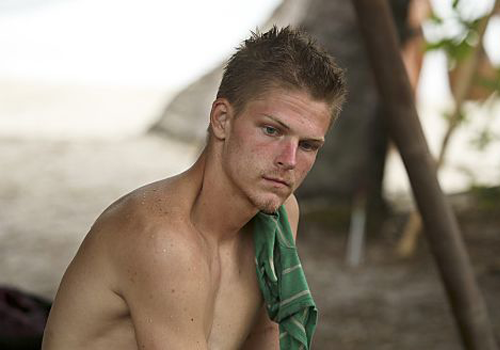 In the commercial preview for “A Snake In The Grass,” we’re told that some players are changing (Spencer), and others are not (Abi). This is nothing new, but the reoccurring theme of Spencer and Jeremy building a friendship, as is displayed in the commercial, is a notable one that could change the boot order at Bayon. As I explained earlier, Monica may be trying to start up something new on the side, which would probably tick off her male tribe-mates. If Jeremy pulls Spencer in, and we are being led to believe that he will, and they continue to work with Stephen and Kimmi, Monica and Kelly are on the outs.

We are also shown some more Angkor drama, as Abi, shockingly, continues to annoy people on her tribe. First, Woo is shown telling an emotional story about his mother’s apparent illness. Then we see Abi talking to Tasha in the woods, claiming that Woo is just trying to get sympathy from Tasha. “Abi takes everything just to be around her,” exclaims Tasha in a confessional from the preview.

It’s funny; last week I was certain about Abi’s safety in the game. Tasha and Savage had no room to gamble on partnerships with Varner and Woo. But now… there’s some wiggle room. Tasha, Savage, and Woo, as a trio, could probably win some challenges together if they have some sort of food source. Abi, while she doesn’t appear to be a weight on the tribe during challenges, is expendable by comparison to Woo, and Abi is no longer required for a number majority on Angkor. That said, I don’t think Angkor is losing immunity this week. Both previews had foci on multiple players strategizing and chatting from multiple tribes.

Let’s take all this analysis and wrap it up in a fine purple/yellow/light blue bow, shall we?

1. My bet is on Bayon going to tribal council. I don’t think Ta Keo can lose right now, but Bayon doesn’t appear to be unstoppable. By this merit, I will guess that Monica and Kelly will be on the chopping block. Monica because of her possible scheming and expendability as a physical asset, and Kelly because she’s an outsider when it comes to the numbers and eliminating her might be enough to hush Monica’s plans and reel her back in.

2. Monica is going to start spreading around some ideas about an all-woman alliance, or at least start chatting with Kelly, resulting in a pissed off Kimmi.

3. Woo is going to begin winning favor from Tasha and Savage resulting in an eventual Abi vote-off from Angkor. I just don’t think it’s happening this week.

6 responses to “Next Time On… Survivor: Cambodia Episode 5”