“I think there’s voting blocs that make sense for the moment, and the next day that could be completely out the window.” – Stephen Fishbach, Survivor: Cambodia.

The legacy of Survivor: Cambodia will easily extend beyond the second chance it provided for twenty contestants, and that legacy rests firmly upon the voting blocs constructed by Stephen Fishbach. Fishbach describes voting blocs as temporary assemblages which are united for one vote with no declared loyalty beyond that vote. Each vote in Cambodia witnessed such an occurrence, but while the coinage may be new, the notion of voting blocs is not.

The most prominent characteristic of voting blocs is the inherent willingness of each player to work with anyone, which is certainly not a new phenomenon. Rob Cesternino in Survivor: Amazon zig-zagged between and within alliances to control each post-merge vote.

When the new Jacaré tribe was formed at the merge, Cesternino was solidly aligned with Jenna Morasca, Heidi Strobel, Alex Bell and Deena Bennett for the Final 10 and 9 votes of Roger Sexton and Dave Johnson. While the group rested on the laurels of their alliance, Cesternino had already formed a side alliance with Matthew von Ertfelda, Butch Lockley, and to a lesser extent, Christy Smith.

The foursome struck at the Final 7, to vote off Alex. Cesternino continuously shifted between both alliances, as witnessed in the Final 6 vote when he pulled in Matthew to work with Jenna and Heidi, eliminating wild-card Christy. He deviated again at the Final 5, working with Butch and Matthew to vote off Heidi. Cesternino credits his ability to maintain a working relationship with everyone in the game, giving him more options each week. Cesternino’s game also exemplifies for the first time that options are the fundamental currency in voting blocs. 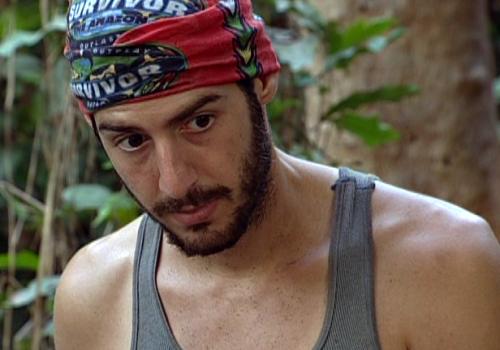 “Once again Jonny Fairplay finds himself in a great position. He can either go with Plan A: Christa, Rupert, Sandra, Burton, or Plan B: Burton, D [Darrah], T [Tijuana] and Lill.” – Johnny Fairplay, Survivor: Pearl Islands.

Jonny Fairplay heavily based his strategy in Survivor: Pearl Islands on Cesternino’s. After a failed attempt to vote off Rupert at the Final 10, Fairplay waited for the merge to try again, pulling in Morgan and Outcast tribemates. Fairplay turned on his alliance with Drake tribemates, Rupert Boneham, Christa Hastie and Sandra Diaz-Twine, and altered course with Burton Roberts, Darrah Johnson, Lillian Morris and Tijuana Bradley in a 5-2-1 vote.

Despite the successful vote and the tumultuous camp life that followed, Fairplay flipped again with Burton to vote with Sandra and Christa, eliminating Tijuana in the process. Fairplay kept his options open so he could successfully work with all members of the merged Balboa tribe, instead of working solely with an established alliance.

Fairplay was successful because another member of his tribe was appropriating the same tactic. Following Rupert’s boot, Sandra adapted to playing without an alliance, which became the key component in her “anyone but me” strategy. After he orchestrated Rupert’s boot, Sandra openly distrusted Fairplay, yet the two were able to come together in the Final 7 vote, for the mutual benefit of voting off Tijuana.

Sandra continued to form voting blocs by working with Darrah and Lillian in the Final 5 vote to eliminate Burton, despite having voted for Lillian at the previous Tribal Council. Sandra’s strategy hinges on her ability to work with anyone, just as Cesternino and Fairplay did. But Sandra was able to succeed without cemented loyalty like Cesternino had to Matthew or Fairplay to Burton. Her lack of attachments allows her to move seamlessly wherever she is best served, which is the true distinction of voting blocs. 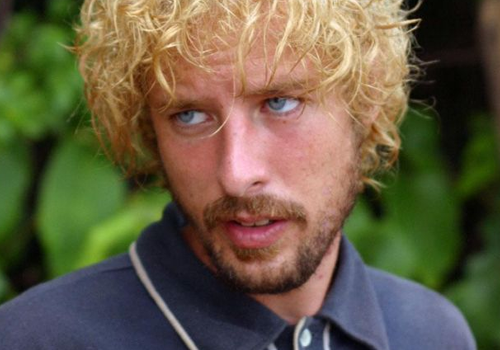 Before Survivor: Cambodia, Tony Vlachos was the best modern example of voting blocs in Survivor. In the merged Solarrion tribe, Tony’s alliance consisted of Woo Hwang, Trish Hegarty, Kass McQuillen, LJ McKanas and Jefra Bland. At every odd-numbered vote, Tony flipped on his alliance to vote with whoever was left from the minority bloc, most notably Spencer Bledsoe and Tasha Fox.

While Cesternino, Fairplay, Sandra and Tony single-handedly utilized voting blocs, the tactic has also been employed by small alliances that inconsistently vote together. Dating as far back as Survivor: Australia, the alliance of Tina Wesson, Colby Donaldson, and Keith Famie worked with the remaining Kucha tribemates, Elisabeth Filarski and Rodger Bingham for the Final 8 and 6 votes, eliminating original Ogakor members, Jerri Manthey and Amber Brkich. Instead of a true Pagonging, Tina, Colby and Keith voted out untrusted alliance members before depleting the Kucha tribe.

The Survivor: Gabon alliance of Ken Hoang and Crystal Cox utilized a similar strategy by continuously padding their strong twosome with whoever was around and willing to work with them. This approach kept the pair secure during the two tribe swaps of the season, allowing them to work with or without new and former allies.

During the tribe swap, both tribes had to rank tribe members from most to least important. Seeing that Kelly Czarnecki was ranked as the least important Kota member, which clearly bothered her, Ken selected Kelly during the schoolyard pick, instead of the stronger and higher ranked Bob Crowley and Sugar Kiper. Ken leveraged this new relationship to gain information about the Kota hierarchy, in which Kelly shared that Jacquie Berg was close to the core “onion” alliance of Marcus Lehman, Charlie Herschel, and Corinne Kaplan. When Fang (once again) loses the immunity challenge, Ken and Crystal work with Kelly and former tribemates and lukewarm allies G.C. Brown and Matty Whitmore to form a temporary voting bloc to oust Jacquie. 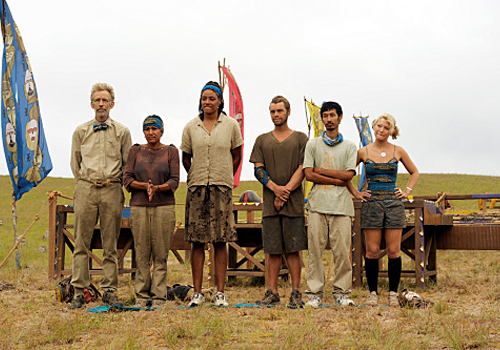 At the next two votes, Ace Gordon and Sugar vote with the main bloc to vote out G.C. and Kelly. At the Final 12 vote, five people remain on the eternally losing Fang tribe: the Ken and Crystal pair, the Ace and Sugar pair, and Matty. Matty had previously voted with Ken and Crystal for a few votes but made a final two deal with Ace. Noticing his new allegiance, Ken knows he cannot pull in Matty to vote out Ace, so he begins fostering mistrust between Ace and Sugar before Fang even loses the next immunity challenge. Sugar takes the bait and flips on her alliance with Ace, voting him out with Ken and Crystal.

At the Final 10 when a second tribe swap transpires, instead of the anticipated merge, the new Kota tribe consists of permanent Kota members Bob and Marcus, permanent Fang members Crystal and Ken, and Susie, who started on Fang but switched to Kota at the first swap. Despite having pledged her allegiance to a Kota alliance with Marcus, Bob, Corinne and Charlie, Susie flips on her second tribe to vote with Ken and Crystal, booting Marcus.

When the tribes merge at the Final 9, Ken, Crystal, Matty, Sugar, and Susie maintain a substantial majority and begin a Pagonging of the Kota alliance. However, when Corinne lies to Ken about having a hidden immunity idol, Ken and Crystal decide to flip on their alliance and work with Corinne and Bob for the rest of the game, but still, split their vote between Corinne and Matty to flush the idol. While the move results in the destruction of the pair’s game, as Corinne gets voted out and now the alliance knows that Ken flipped, it illustrates that the duo was always willing to work with whoever benefitted them, constantly shifting their bloc to align with other blocs. 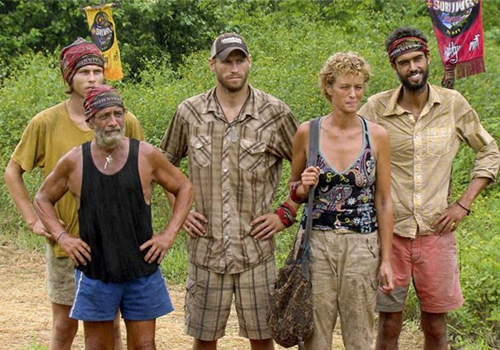 Survivor: Nicaragua witnessed shifts and voting blocs for a few key votes in the game, due to the orchestration of Holly Hoffman.

When it became evident that Sash Lenahan and Brenda Lowe were controlling the game after plotting the first two post-merge boots, Holly collaborated with the merged Libertad tribe to dethrone Brenda at the Final 10 vote. A new majority alliance of Holly, Sash, Chase Rice and Jane Bright formed, rivaling Ben Henry (Benry), Fabio Birza and Dan Lembo. When Benry was voted out, and Fabio won immunity, Holly convinced her alliance to turn on one of their own, instead of wasting a vote on Dan. Holly pulled in the minority alliance to vote out jury threat Jane. The concept of alliances in Nicaragua was much looser than previous seasons, as threats within one’s own alliance could be dispelled without the backlash that flippers receive.

While the term “voting blocs” put a name to a pre-existing concept, the number of contestants who employed such a strategy was limited to typically one or two players in any given season. The Cambodia cast was comprised entirely of players willing to work within voting blocs, quintupling the mere four players from the previous thirty seasons.

Joy is a 26-year-old Freelance Writer from the Chicago suburbs. She graduated from the University of Illinois at Chicago where she studied political science and history. Joy has watched Survivor since she was 10 years old. When she isn’t watching Survivor, Joy spends her time writing, reading and enjoying the outdoors.

9 responses to “History of Voting Blocs”