Sometimes, the person who thinks they’re the swing vote isn’t the swing vote. Sure, not every instance of this has the same notoriety as the Cagayan merge episode, where Chaos Kass took the role of swing away from Officer Sarah, but situations like that which occurred in ‘The Past Will Eat You Alive’ happen all the time in Survivor.

Roark thought she was comfortably positioned between two pairs hailing from foreign beaches and had the ultimate power to decide which group to move forward with, but in reality, her conflicts with Chrissy pushed her firmly over to the Hustlers’ side, and one of those Hustlers ended up being the swing vote instead. Ryan had to decide between loyalty to his colors and continuing his commitment to the woman he spared with the Day 3 Super Idol.

This week’s entry of Historical Perspectives will examine instances of “Dual Swing Vote Syndrome” and whether or not it’s good or bad for the true swing vote to align with the person who falsely believes they’re in control of this game.

SURVIVOR 101: BEING A SWING VOTE

When you are the swing vote, you have all the power, but as the cliché says, with great power comes great responsibility. If you get cocky and declare yourself President, you’ll end up like Officer Sarah in Cagayan and get your torch snuffed. Or worse, like Dolly in Vanuatu, and not only get snuffed but get completely forgotten by the majority of the fandom – something that will never happen to Sarah, seeing as she returned and won it all. In both of these examples, the swing vote got cocky and drunk with power and was voted out for it. Though in one case it was one alliance and a defector doing the lynching and in the other, it was both alliances coming together to get rid of an unnecessary variable that neither side thought they had.

The swing vote holds all the cards, but the biggest takeaway is the hand they deal themselves afterward. Rob Cesternino flipped in Amazon after Alex Bell asked for a Survivor Darwin Award and told Rob he was fourth in their alliance. Also in Vanuatu, Chris was the swing vote between two pairs at the final five. He ultimately chose to go with the older, weaker women he could easily crush in a final immunity challenge despite having been a challenge liability himself, as opposed to Jeff Probst’s girlfriend and a feisty aspiring lawyer that he knew would cuss him out anyway. This is how Chris won the game; had he not voted out Julie there, he’d likely have lost the final immunity and we’d be looking at Julie Berry as a winner of Survivor. This shows that making the right decision as the swing vote is critical.

When Officer Sarah returned for Game Changers, she flipped back and forth and was constantly the swing vote, playing both sides until she had to firmly commit. This kind of gameplay is high-risk because it gets you a dangerous label, often one that gets you voted out, but by maintaining strong social relationships, you can avoid the axe. It is these relationships that allow a player to do damage control with the surviving members of the alliance they flipped on. If you can pull a Tony Vlachos move and explain why you had to do it and why you couldn’t tell somebody, they’ll forgive you if they like you. Whether they still trust you is an entirely different matter, but if you have three days, just remind them about how close you were and get them to realize that moving forward with you is for the best. 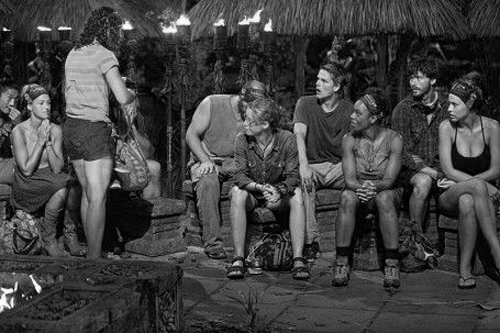 VOTING OUT THE PRESIDENT

There’s no question Chaos Kass made a mistake in how she handled her flip at the Cagayan merge. By voting out Sarah in a fashion that seemed unprovoked to the New Aparri group around her, she got immediately lambasted by a truism from Spencer: “Kass: Zero chance of winning the game.” She burned five people in that moment – five jury votes she’d never get. However, on paper, the move looks like the right one, seeing as Kass made the Final 3, but she was only dragged there as a goat because Tony knew that everyone he was putting on the jury disliked her vehemently. The wrong move was her approach and her poor social game.

Christy Smith in Amazon felt in charge at the Final 6, refusing to commit to either side and feeling she held the cards. She claimed her decision was “up in the air” to the actual swing vote, Rob Cesternino, who immediately went and told this to Heidi Strobel, whom he’d angered at the previous Tribal Council by blindsiding Alex, and suggested that they all get rid of the variable and vote out Christy. Amazingly, this happened. If Christy hadn’t openly claimed to be the swing vote and had made fake promises to one side, there is no way she would have been voted out. It was a good move for Rob, but not a good move for Heidi and Jenna as it put them in the minority and forced one of them to win the final two immunities (which Jenna, unfortunately, did). Rob would have deservedly won the game had Jenna lost either challenge or if she had been voted out then after awkwardly forfeiting the necklace to Heidi for no reason whatsoever. That said, Rob had no reason to believe Christy was with him, so it was the safer call to vote her out. This was before idols, so it wasn’t like what another guy named Rob did many years later and blindside swing vote Matt Elrod to get the minority to waste their idol. Twice, at that. 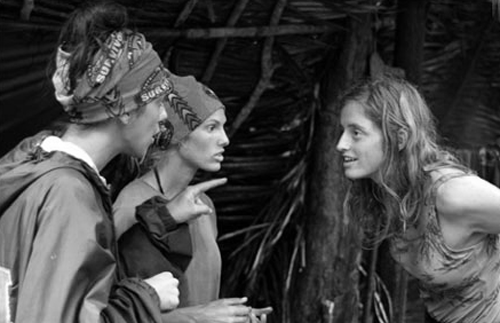 At the final seven of Pearl Islands, Tijuana was also an influential swing vote until she unnecessarily blew it by telling Jonny Fairplay that Burton was leaving and there was nothing he could do, but that they should get rid of Christa after Burton. He did something, using his “grandmother’s grave” as leverage to make a hysterically insincere promise to Christa and Sandra in addition to informing them who Tijuana’s next target was. They didn’t completely buy it, but at the same time, they felt that Tijuana telling her plans to Jon made her untrustworthy, so they voted her out instead of Burton. Had Tijuana just kept quiet, Burton would have been voted out with the four votes needed (herself, Darrah, Sandra, Christa). She had the majority, what did she need Fairplay for?

Ryan voting out Roark wasn’t as dramatic as these, but Roark had presumed she was the swing vote by being a single between two pairs. Her mistake was not approaching Chrissy sooner – Chrissy didn’t feel the need because she had a moron that would do whatever she said and a bellhop who immediately revealed to her that he had given her immunity on Day 3. Like Tijuana should have done, Chrissy felt she already had numbers and didn’t need Roark, but it was still a bad move for her not to establish that option for herself. It forced her to vote Roark out.

The move Ryan made was very risky in that he ignored his ally Ali’s opinions and went behind her back. Ali foolishly thought she could get far with the numbers the Healers brought, but that strategy would have made her Tasha in Cagayan (with Ryan being Spencer), and it would have ended up with a purge of a Healer here or there, but only at times when the remaining Healers would keep the majority. Ali was not thinking that willingly being seventh in an alliance destroys any chance she’d have to win. Look no further than Cochran’s first go at Survivor, where he flipped on Savaii to take seventh with Upolu, not realizing that Coach’s offers were just as disingenuous as Keith and Whitney had been to him. That said, Cochran had no shot to win that game regardless of how the bread crumbled, while Ali can win if she puts her mind to setting herself up with the Hustlers and a few Heroes.

In Survivor editing, showing arrogance by making comments about how you’re in the driver’s seat is setting a player up for a fall, usually sooner rather than later. This makes it hard to know where a self-elected President may have appeared throughout seasons past, where those confessionals were taken out because that person was not getting their boot edit. Thus, it’s even harder to know where exactly an actual swing vote kept a self-declared swing vote.

Had Ryan kept Roark, at worst it could have been like Lex in All-Stars, with the person he kept around immediately waltzing back to her old tribe and having no care for his place in the game. A more apt comparison would be Timbira keeping Erinn around in Tocantins as opposed to perennial guinea pig Jerry Sims – a decision the tribe regretted come merge. While Erinn was not a swing vote, she was a vote, somebody they could’ve used had they kept her open as an option. Like Erinn was an outcast from Timbira, Roark clearly had no long-term plans for Ryan and therefore keeping her in the game offered no benefit to him.

If someone declares themselves the swing vote and starts overplaying, chances are they’re lynching themselves. If they make it unclear if they’re with you or not, it’s probably best to just vote them out – and it happens way more often than it doesn’t. Lesser examples include Benry in Nicaragua and Dr. Peter in Kaoh Rong; both blindsided after thinking they were in the two “sides” they thought existed.

In this case, the swing vote had greener grasses everywhere else, so it ultimately didn’t matter which side she went with – she’d burn them later. Because of this, Ryan made the right move to align with someone who has more long-term plans for him and getting rid of someone like Roark who has no reason to keep him around. Despite this, he should have attempted to correct Ali’s thinking in that she stood no chance of infiltrating the Healers, even if the individual on the bottom there (Cole) would leave before her. You’re not playing for sixth. You’re playing for a million dollars.

Chrissy’s decision to vote Roark out was only justified by her lack of an attempt to connect with the only Healer on Soko on a game level. Chrissy should have tried to keep Roark open as an option or, at the very least, a jury vote if their tribe was to avoid Tribal. It was the right move for her to purge a Healer while she could, as she needed to avenge Alan, even if her social game looked lackluster here. Soko is in a bad place physically, however, with the merge presumably being at 12 (after three rounds in these tribes, akin to the three for the original tribes), Ryan and Chrissy can divert the target to Ali or JP and be safe for now.

Andy is a 30-year-old from Wisconsin, having an English major from UW-Whitewater. He has watched Survivor from the very first episode and can't go a day without running Survivor-related thoughts in his head. When he's not entranced by a computer at home or work, he's probably playing a video game or out and about somewhere. You can follow him on Twitter @IAmAndyPfeiffer.

One response to “Historical Perspectives: Will The Real Swing Vote Please Stand Up?”