Before Season 30, casting director Lynne Spillman sent every former Survivor cast member (that CBS had on file) a form entitled “Updated Survivor Information List”. This list was used to gather updated personal information on each cast member and to gauge whether or not they would be interested in returning for a future season. At the time, Season 30 was rumored to be an all-returnee cast, before plans were eventually changed to an all-newbie season.

The documents are posted below. As you can see, alongside personal information like address, age, and relationship status, the form also asked the contestants to list immediate family members that would be interested in competing on a potential Blood vs. Water season. 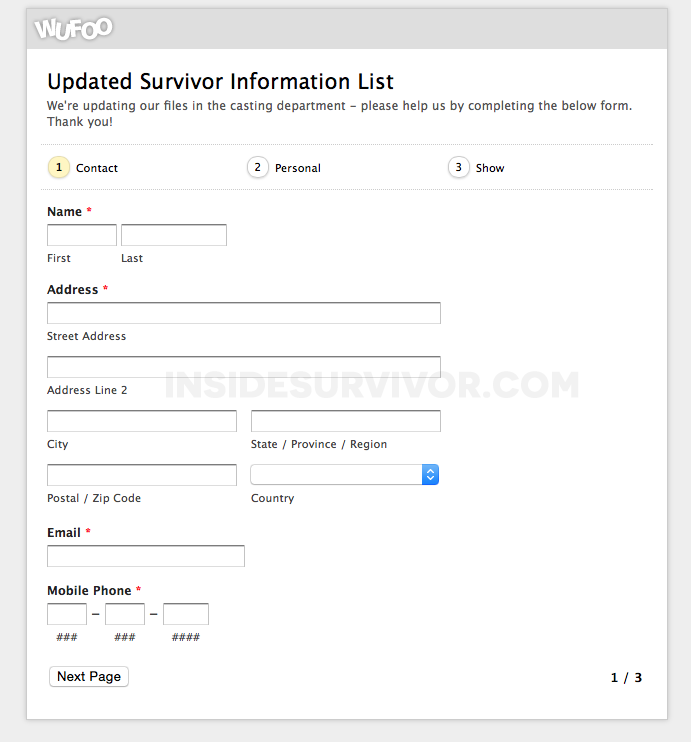 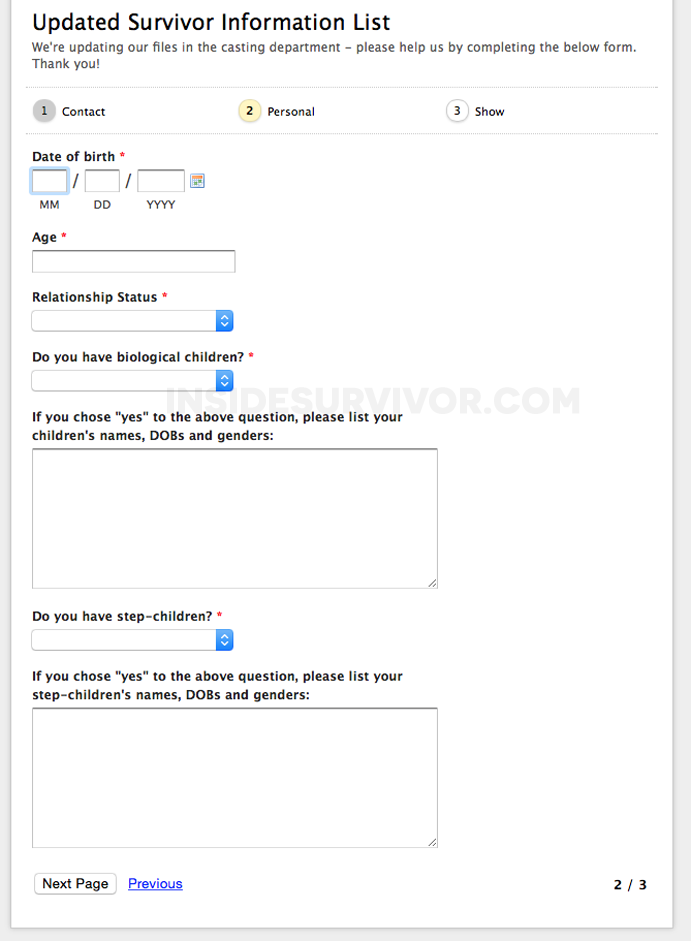 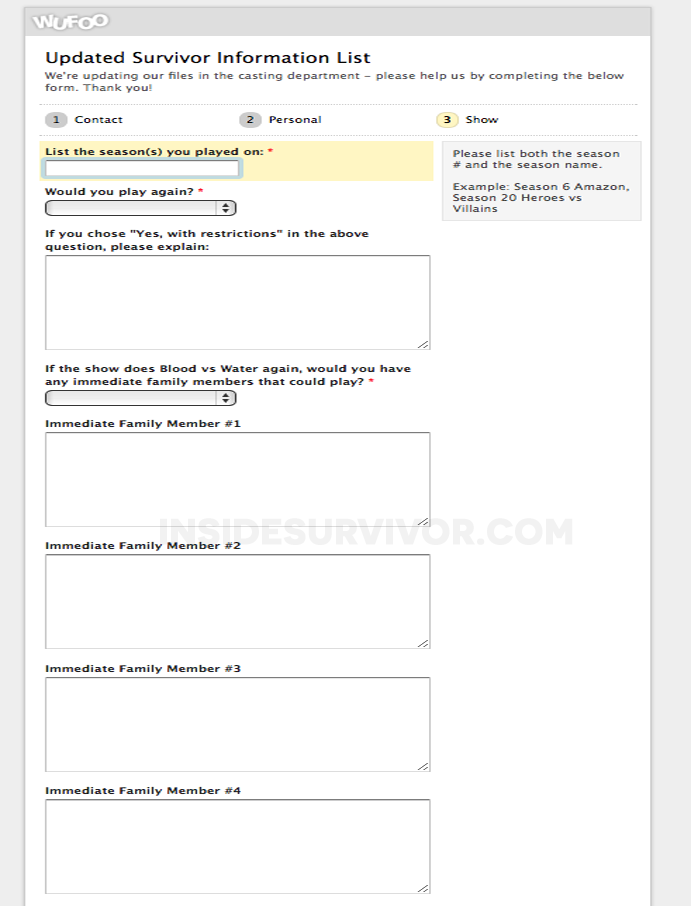