With this list, I will rank all 32 current members of the Day 38 Club. When compiling the list, I took into account the strength of their game, character and the power of their story. Without further ado, the next two members of the Survivor Day 38 Club. 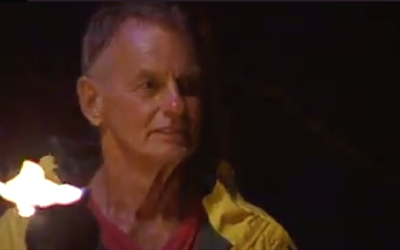 During the phenomenon that was the first season of Survivor, nobody popped out of that first group of 16 castaways quite like Rudy Boesch. In the sea of 20-and-30-somethings that populated the cast, Rudy stuck out as a 72-year old man who was just different than his fellow tribe members. But those differences made him endearing. Rudy won the hearts of the viewing audience with his gruff but lovable demeanor and blunt remarks that came off as more comical than mean-spirited. An ex-Navy SEAL and a man of high honor, Rudy pioneered the strategy of being a loyal alliance member who was true to his word, expecting his allies to do the same. While that worked up to a point, near the very end, he got bested by a much more cunning player and ended his journey on Day 38.

That cunning player was Richard Hatch, the man who saw the game for what it was the moment he stepped foot on the island. Wanting to form a strong alliance from the beginning, the first person he sought for allegiance was Rudy. Together, Rich and Rudy emerged as a highly efficient partnership, as Rudy provided the loyalty and honesty Richard needed in an ally, and in return, Richard protected Rudy from the vote. As Richard was writing the rule book for how to play the game of Survivor, Rudy was establishing his guidelines of how to be an effective, trustworthy alliance member. To Rudy, being honest to Richard, who was running the game, was enough game for him to play.

Rudy and Rich’s relationship also worked wonderfully as one of the major storylines of the season, as it represented the conflict and character interaction this ground-breaking show was capable of portraying. Here was Rudy, an ex-military man set in his ways, and his best friend on the island is a gay guy. Despite Rudy’s off-color remarks, some of which are burned into the Survivor lexicon, his gradual approval of Richard and the friendship they formed together further endeared Rudy to the audience and became one of the defining elements of Survivor: Borneo.

Using the power of the alliance, Rudy and Richard were able to move through the game efficiently and soon found themselves in the Final 3, alongside Kelly Wiglesworth. Unfortunately, Rudy’s game would progress no further. Knowing how big of a threat Rudy would be in the Final Tribal Council and that he was honor-bound to take him there, Richard brilliantly found a loophole that got him out of his deal. Richard intentionally dropped out of the final immunity challenge and thus removed himself from that last big decision, and it worked out for him in the end. Rudy lost the final challenge, allowing Kelly to do the job Richard didn’t want to do, and she promptly voted Rudy out of the game on Day 38.

Rudy came very close to winning the first Survivor season ever, and while that didn’t happen, his legacy endures as one of the most beloved and iconic people to ever be on the show, which is a legacy just as rich as a million dollars. 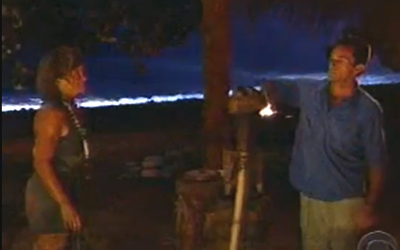 Out of all the “zero to hero” story arcs on Survivor, the greatest one might belong to Kathy Vavrick-O’Brien, albeit with a twist. Far from useless around the camp, Kathy stepped onto the beach with a real go-getter attitude, embracing the adventure side of the game and wanting to do as many survival things as she could. However, her industrious approach made her a tribe outcast from the beginning, and she became alienated for the first couple of days.

As time went on, Kathy learned to calm down, assimilated with her tribe, and then went to work. She focused that propulsive energy from camp life into the game, contributing to so some of the biggest power shifts the game had seen up to that point, winning viewers over week-after-week with her adventurous spirit. By the time she was voted out, she had become one of the most popular players out of all the first four seasons, which made it all the more impactful when she was eliminated on Day 38.

After the rocky start, Kathy’s game really began to pick up at the merge. Recognizing that the power resided in the Rotu 4 alliance, Kathy took on the scrappy underdog role for awhile, constantly looking for a way in to break up that alliance, and for people to join her to do so. That opportunity came at the Final 9 after a fateful challenge revealed the Rotu 4’s pecking order. Before that challenge, Kathy already had the two people on the bottom, Sean Rector and Vecepia Towery, on board to shake things up, but she needed the other pair on the outside, Paschal English and Neleh Dennis. Despite how hard Kathy tried, Paschal and Neleh were steadfast in their loyalty to the Rotu 4. Until that challenge, which opened their eyes and allowed Kathy, Sean, and Vecepia to link up with Paschal and Neleh to make the first big power swing in Survivor history and take out the Rotu 4.

From that point forward, the manic highs and lows that Kathy experienced during the first half of the game only became more exaggerated during the second half. For every moment of jubilation, like winning immunity or seeing her son on the family visit, came a moment of exhaustion, like at the Final 5 where she was forced to pick between the two pairs she had been playing with since the big power swing. After toiling over this decision, she sided with Paschal and Neleh and voted out Sean, unaware of the even more emotionally draining last three days that was ahead of her.

At the Final 4, after Vecepia pulled out a clutch immunity win, Kathy immediately struck up a Final 2 deal with her, forcing a tie which resulted in the first purple rock tie-breaker in Survivor history. After surviving that harrowing game of chance, Kathy seemed to be in the clear, thinking she was heading to the Final 2 but was dealt one final death blow she didn’t see coming. During the final immunity challenge, Kathy was the first to drop out, upon which Vecepia immediately made a new Final 2 deal with Neleh, thereby sealing Kathy’s fate. The two agreed, Neleh won the final immunity challenge and voted out Kathy on Day 38. By the time Kathy reached her final words confessional, she looked shell-shocked, having been through an emotional wringer over the 38 days, and it was easy to see why. Kathy played Survivor: Marquesas with the utmost energy at all times, playing hard and having a blast all at once, leaving a lasting impression as one of the defining characters of the early era and a true Survivor legend.

Survivor 41 Next Time On Survivor - Episode 2