This is probably my last post in this column for the rest of the year, seeing that coming up this Wednesday is the season finale of Winners at War, which could very well be the last of Survivor we see in 2020. It truly has been an exhilarating ride and a fitting way to commemorate forty seasons of the long-running reality competition.

Let’s jump right into the end of the Edge of Extinction: the finale likely begins with the re-entry challenge, which will allow one player who has been living on EOE to return to the main game. As we know from the concluding moments of the previous episode, some players have purchased advantages with their fire tokens.

We saw a shot of the advantage menu over Tyson’s shoulders listing the three different challenge advantages that could be purchased for two tokens each. The first advantage allows the player to skip the fence challenge. The second reads, “Skip the dig. Rope rung is waiting. Build a rope bridge and cross it.” And the third advantage completes 1/3 of the rope bridge. As we know from the sneak peek and aerial shots of the challenge, it’s a roughly three-stage challenge with a lot of rope manoeuvring and ending with a table maze ball puzzle.

In the NTOS trailer, Natalie is, unsurprisingly, very far ahead in the challenge. With her accumulated fire tokens on EOE, she bought all three challenge advantages, a jar of peanut butter, as well as a hidden immunity idol for Tyson. On top of this, Natalie herself holds a hidden immunity idol bought before the first battle back challenge. This really is her challenge to lose! Moreover, she’s been receiving content reflecting on her resilience and strength despite being on EOE for so long. My money is definitely on Natalie coming in first in this very physical challenge course and returning to the main game. 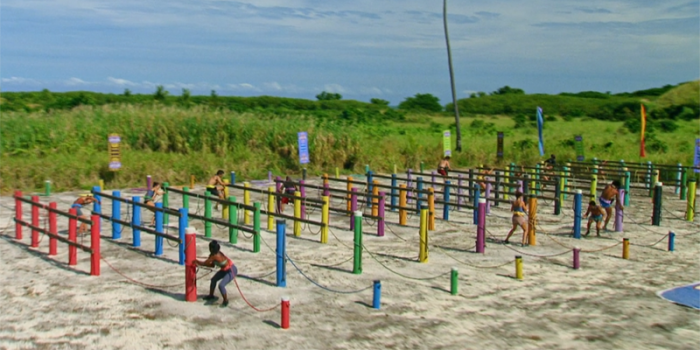 That leaves Ben, Sarah, Tony, Denise, Michele, and Natalie as my predicted final six. My boot order for the next two Tribal Councils is Denise, followed by Ben. And here’s why: Natalie will leverage on her hidden immunity idol to form some bonds, and at the very least she’ll play it to save herself for the next boot. Also, Michele, who is on the outs, definitely works with Natalie and spills the tribe dynamics to her (if she hasn’t already been clued in on EOE).

At the top of the tribe, I’ve always seen Tony, Sarah, and Ben as closer, while Denise hovers outside that inner circle. Even though Tony has wanted to get rid of Ben, doing so will expose Cops R Us to the mercies of Michele, Natalie, and Denise, who would form the majority for the next vote. In anticipation of this, it’s in the cops’ interest to stick with Ben for another vote, getting rid of Denise the Queenslayer instead, a relatively safer choice than Natalie and Michele, who may have the former’s idol played on them. I feel like this Ben vs. Denise choice may be the source of conflict between Sarah and Tony that we see in the NTOS trailer. 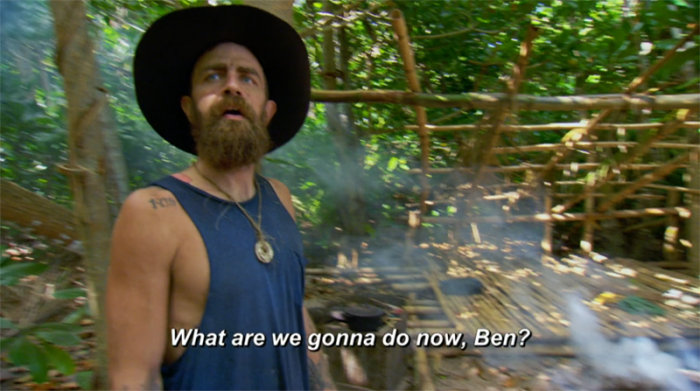 I think Cops R Us will definitely be targeted at the next Tribal Council. However, Tony still has a hidden immunity idol and thus won’t be taken out easily. I predict Sarah and Tony would want to vote out Ben or Natalie, prioritising Ben because he’s a threat to win the fire-making challenge, which has been alluded to in previous episodes.

As a side note, I feel like Sarah may be baited to vote for Tony at some point in the early parts of the finale, especially when persuaded by the other women. This may be what Michele refers to in the NTOS trailer when she states in a confessional that she’s “trying to shake up this game,” as well as the source of Ben and Tony’s “panic” referred to by latter in his trailer confessional. As we saw in the last episode, Michele does have her tricks when she’s working from the bottom, and the guts to try any strategy when she has nothing to lose.

However, it does seem a little too late for Michele to get Sarah on her side. I feel like Sarah is cemented to the end with Tony, as an alliance member, and as a relatively reliable number. As such, my prediction is that the two will battle it out in the final four fire-making challenge, giving a rather appropriate and complete end to Cops R Us, without either cop blindsiding the other. Unfortunately for Sarah, though, I feel like the season has definitely set us up for a Tony win, placing her as fourth place in my predictions. 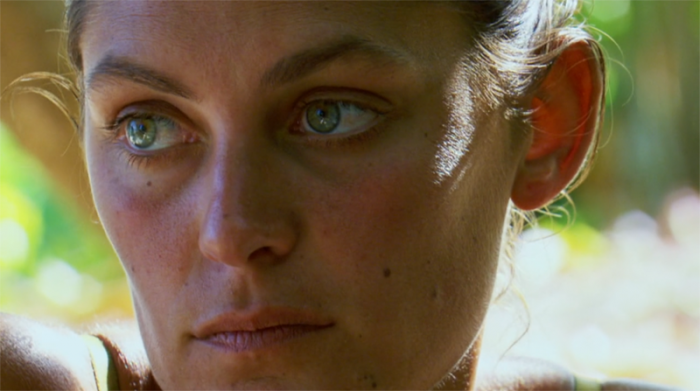 To sum up this article, my final three prediction is Michele, Natalie, and Tony, with Tony ultimately winning the season and being crowned the second two-time winner of Survivor. He has pulled off numerous critical moves, and I feel like Natalie will receive a number of votes from the players who were on EOE in the early days, giving her the mandate for surviving the cruel conditions of the Edge and her savvy methods of finding advantages and earning fire tokens.

I think the majority of the jury will realise that Michele hasn’t been in control for most of the game, though some—perhaps Jeremy, Nick, and Wendell—may approve of her more subtle game. Overall, I’ll give the placement order of Denise, Ben, Sarah, Michele, Natalie, and finally Tony as number one!

Leave a comment below with your predictions for the season finale of Survivor: Winners at War!

4 responses to “Next Time On Survivor – Season Finale”