The first Survivor season I saw was Survivor: Phillipines. When I stumbled upon the show, I had no idea the cultural impact it had, its enormous fan base nor that I was watching its 25th season. As I started doing some research, I became fascinated by all the layers of the game and how it wasn’t just a competition show, it was a social phenomenon that dated back 15 years!

Right before the 31st season began back in May of this year, I had already watched every single season of the show. Needless to say, I was a Survivor fan to the core. I had watched every episode, read every possible article I could find about the show; I followed on social media many of the castaways, and I was seriously considering buying all the Survivor buffs available on the Internet.

Though as I watched the show and read strategy related articles, a question came to mind: How come a lawyer has never won the game? Even though they are considered to be highly analytical, resourceful and sometimes charming enough to pull off a win, how come not one of the lucky 30 winners was one?

Out of the 460 castaways that have participated, 27 castaways are lawyers or were in law school at the time they played. Here is a list of them:

As the list shows, lawyers tend to fall either at the end of the ranks or in the jury phase, but never at the Final Tribal Council, except Becky Lee on Survivor: Cook Islands, who was considered to ride Yul Kwon’s coattails (the eventual winner) and received 0 votes. How is this possible? Let’s review. 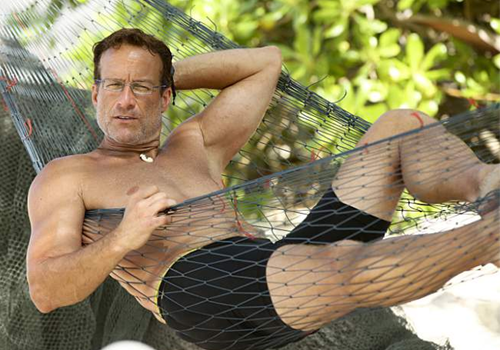 At the beginning of this article, there’s a quote from one of the most famous writers in history, William Shakespeare. In Henry VI, Shakespeare writes about the life of King Henry VI and details the events of the King’s inability to control his nobles, the death of Humphrey, the Duke of Gloucester, the rise of the Duke of York and it culminates at the beginning of the Battle of St. Albans.

One of the most famous lines in the play, spoken by the rebel Cade’s sidekick Dick the Butcher, is the first mentioned quote: “The first thing we do, let’s kill all the lawyers.” Whether this means that lawyers are the protectors of justice or the agents of its corruption, is often disputed by those who have read and analyzed the play.

This quote describes how often lawyers are viewed as cunning, shrewd, corrupt and dishonest. Of course this doesn’t apply to all lawyers out there (myself included since I am in law school with two years to graduate) but unfortunately, this is mostly how lawyers are viewed in the world, including in the Survivor world.

Some lawyers are viewed as leaders (Russell Swan in Samoa, Andrew Savage in Pearl Islands). Others as strategic threats with witty humor (David Murphy in Redemption Island, Eliza Orlins in Micronesia, Chaos Kass in Cagayan). The ones that are annoying or overbearing (Matt Quinlan in One World, Jolanda Jones in Palau) And the likable and jury threats (Charlie Herschel in Gabon, Jaison Robinson in Samoa)… and the list goes on and on. Though no matter what other characteristics they have, they never reach the end.

One of the greatest exceptions is, of course, John Cochran in Survivor: Caramoan. Cochran is remembered in his first season (South Pacific) as being an awkward, over enthusiastic Survivor fan to the extreme, who flipped on his original alliance at the merge, which caused every single member of his original tribe to be voted off one by one, including himself when he was no longer needed.

Cochran came back in season 26, where he redeemed himself in every way and won the game, the million dollar prize and the coveted title of Sole Survivor. Though Cochran is now a writer, he did attend, and graduated from, Harvard Law school where he wrote an essay relating the US jury system with the Survivor jury system. He considers himself a writer and has never practiced law, so that’s why he is not included in the list mentioned a few paragraphs before.

Analyzing how and why each lawyer was voted out would take too many pages and would get tiresome, but I’ll try to be brief. Even though all these castaways possessed the analytical skills a lawyer should have for them to analyze the situation and pave their way to the end, they weren’t able to use them accordingly to the game they should have played given their circumstances. 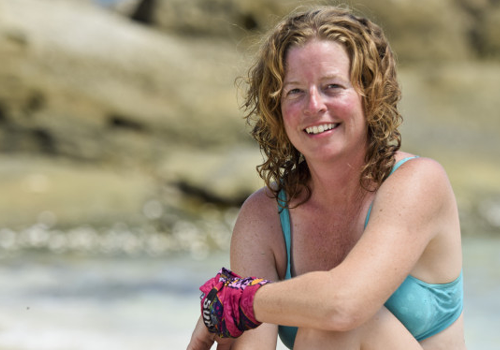 Sure, there were ones who had it far harder than others. Kass was known for being chaotic and had an uphill battle to begin with in Cambodia or Hali Ford in Worlds Apart where she was on the wrong side of the numbers since the merge. But every one of them had the same chance as all the other players at succeeding.

Still, certain thoughts come to people’s minds just by the mention of someone being a lawyer and it creates a certain target on that person right at the beginning. Lawyers are expected to behave a certain way, they are supposed to have certain skills, and whether or not they live up to those expectations, I do think lawyers have certain stigmas to overcome in order to progress and advance in the game.

I certainly wish that someday, a lucky and skillful lawyer will enter the game and win it all, since it is nice to be represented and to be able to identify with the players on some level. I personally relate to Sandra Diaz-Twine for being Hispanic, I relate to Tyson Apostol for being snarky and sarcastic like myself, I relate to Cochran for being the underdog and still succeeding, and hopefully, someday I’ll be able to relate to a lawyer who against all the odds, goes all the way.

Mariana is a 21-year-old Law student from Mexico City, Mexico. Her hobbies include writing, reading and of course watching Survivor. The first season of Survivor she ever saw was Survivor: Philippines and she became so fascinated with the game and its many layers that she went back through the archives and watched every single previous season.

5 responses to “Survivor vs Lawyers”