Two weeks ago, we opened voting polls for our fantasy season, Survivor: Rebels and Rogues. 32 former players defined by their ability to think outside of the box and break the rules. One side known for their conniving, manipulation, and mischievousness – the Rogues. And the other remembered for their disobedience, individuality, and defiance – the Rebels.

Inside Survivor selected 32 past castaways that have never won the game and haven’t played more than twice. You the readers picked 5 men and 5 women from each category to decide your final cast of 20. After over 5000 votes, here is the cast that you chose! 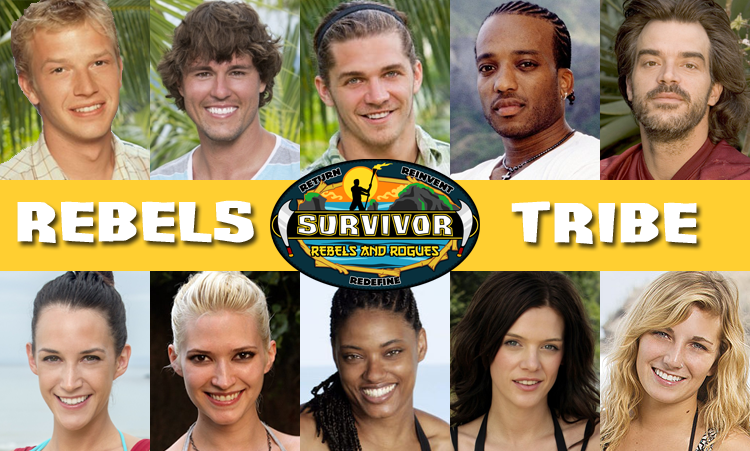 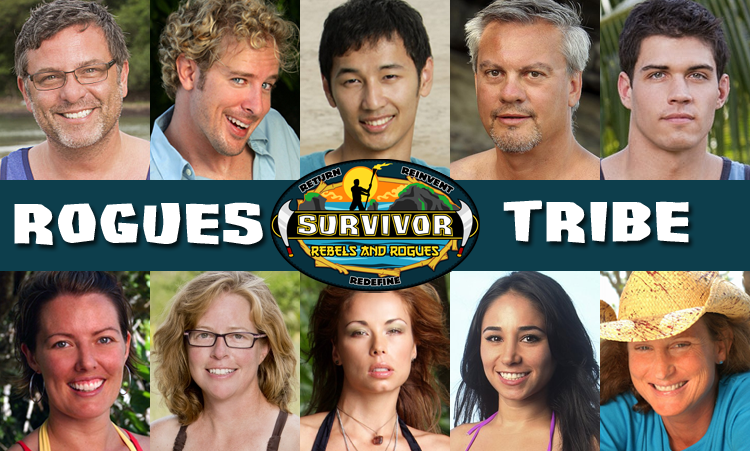 Every Past Season of Survivor and more at your fingertips for just $5.99 per month!

So that is your fantasy cast for Survivor: Rebels and Rogues. What do you think?

On paper, the tribes appear somewhat outmatched. The Rogues tribe skews a lot older, with the average age being 40, compared to the Rebels average of 33. This was due in large part to readers voting in the younger female rebels over the older choices such as Colleen Haskell, Kathy Vavrick-O’Brien and Kelly Goldsmith.

If you compare this to Survivor: Cambodia – Second Chance, the Bayon tribe skewed slightly older, with the average age being 38, compared to Ta Keo’s 36. But the difference wasn’t as significant as here. However, in the first Survivor: Blood vs. Water, the Galang tribe averaged an age of 37, compared to Tadhana’s average of 30. So there is a precedent for a wide age gap between tribes.

If this were a real season, there would need to be a tribe swap at Episode 3 to help balance things out. With that said, we have seen underdog tribes overcome the odds many times in the past. As a whole, I like the look of this cast and would definitely watch a season with them on!

Let us know your thoughts in the comments section below.

Thanks for taking part!