Gen X tribe member Paul Wachter has become the third castaway to be voted out of Survivor: Millennials vs. Gen X.

The 52-year-old boat mechanic from Key West, Florida was eliminated after the Gen X tribe lost a balance and puzzle immunity challenge against the Millennials tribe. Initially, the majority alliance on Gen X had their sights set on CeCe due to her rather slow approach to the balance beam during the challenge, and because she was one of the three outsiders. However, after a discussion between Jessica, Paul and Sunday, he told them that if Bret and Chris suggested an all-guys alliance, he would tell them “ladies you’re on your own.” The women didn’t take kindly to this news and considered voting alongside CeCe, David, and Ken.

At tribal council, there was a lot of talk about the challenge and the Gen X approach to the game; Chris suggested it was too soon for anyone in the majority to switch sides. But when the votes came in, CeCe was spared, and Paul was blindsided in 6-3 vote. 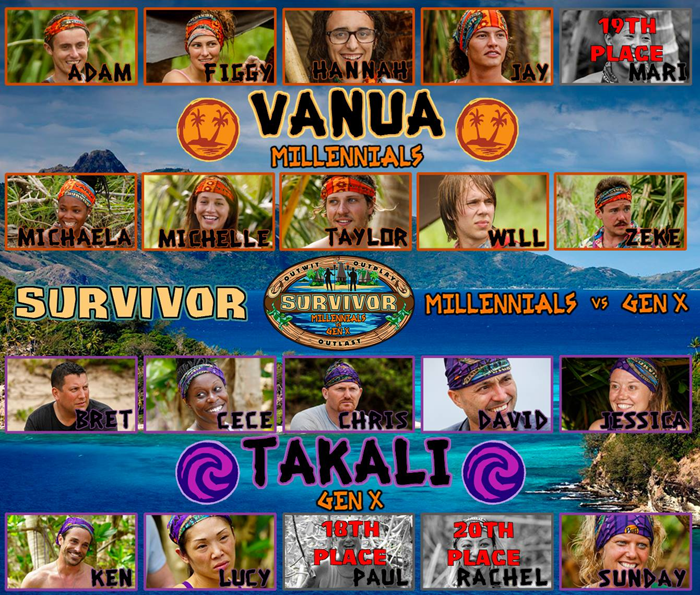 Survivor South Africa: Immunity Island Episode 15 Recap - Beat Me Before I Beat You