Brains tribe member Liz Markham has become the third castaway to be voted out of Survivor: Kaôh Rōng – Brains vs. Beauty vs. Brawn.

The 27-year-old Quantitative Strategist from New York City was eliminated after the Brains tribe lost the third immunity challenge of the season. Liz was in a tight pair with Peter and both believed to have a solid four with older tribe members Debbie and Joe. They set their target on Neal by choosing to split the vote between him and Aubry in case of an idol. However, Debbie and Joe were never aligned with Liz and Peter and instead joined forces with Neal and Aubry, splitting the vote between Peter and Liz and ultimately sending Liz packing. 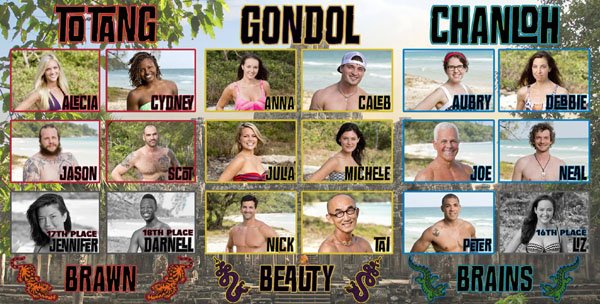