Debbie Wanner has become the tenth castaway to be eliminated from Survivor: Kaôh Rōng – Brains vs. Beauty vs. Brawn.

The 49-year-old Chemist, Civil Air Patrol Captain, Waitress, and Part-Time Model from Reading, PA was voted out in one of the most chaotic tribal councils of the season. While the initial plan involved voting out one of Jason, Scot or Tai – members of the opposing alliance – Aubry and Cydney grew suspicious of Julia and her double dealing. However, Debbie was not on board with voting out Julia which led to Aubry and Cydney becoming uneasy with Debbie and her big mouth.

Expecting votes coming their way, Jason and Tai revealed their idols, with Tai now in possession of both and able to play them after the reading of the votes. But it was Debbie that received the most votes and was booted by her own allies. 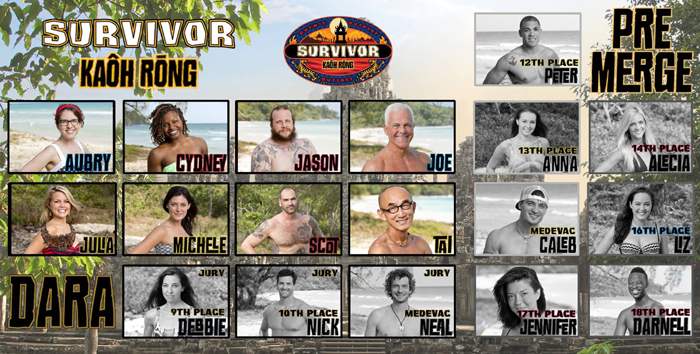