Anna Khait has become the sixth castaway to be eliminated from Survivor: Kaôh Rōng – Brains vs Beauty vs Brawn.

The 26-year-old professional poker player from Brooklyn, New York was voted out after her new tribe lost the latest immunity challenge. After the tribe swap, Anna remained on the Gondol beach with Aubry, Joe, Peter, Scot and Tai. With the former Brains tribe members making up the majority, and Scot valued for his physical strength, it put the former Beauty pair of Anna and Tai on the outs. Even though Tai suggested using his idol to blindside Peter, he decided to keep hold of it knowing that Anna was the target.

Anna received every single vote from her fellow tribe members. She voted for Peter. 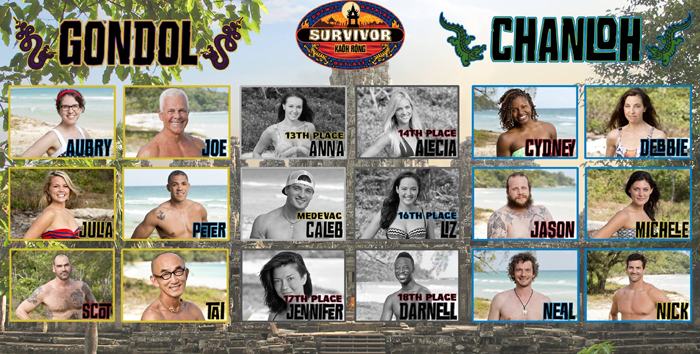