Joe Del Campo has become the fourteenth castaway to be eliminated from Survivor: Kaôh Rōng – Brains vs. Beauty vs. Brawn.

The 72-year-old former FBI Agent was medically evacuated after suffering digestive problems. Earlier in the episode, Joe had won the reward challenge and enjoyed a feast of meat at an island spa, but his over-indulging would come back to haunt him later on at camp. The medical team checked on Joe and gave him medicine to try and ease the pain and help him pass water. Unfortunately, the medication didn’t help, and because of the potential long-term damage to the kidneys, the doctor pulled Joe from the game.

Joe is now the third person to be medically evacuated this season. In Episode 4 we saw the evacuation of Caleb Reynolds after passing out post-challenge due to the heat, and in Episode 7 Neal Gottlieb was pulled due to an infection on his knee. 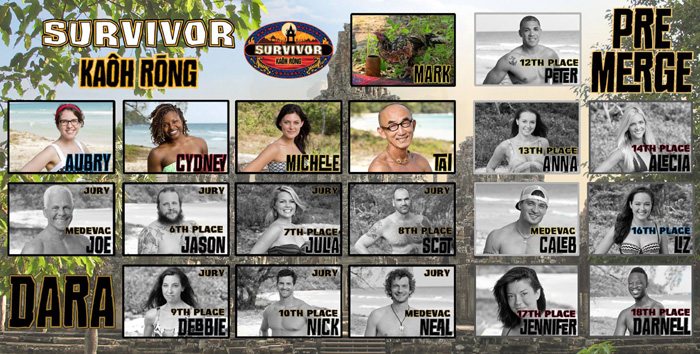