In the last episode, we got our first look into the new dynamics of the two swapped tribes. On Vokai, there’s a 4-4 split with Lauren, Tommy, Dan, and Jason on one side, and Elizabeth Aaron, Missy, and Elaine, who came over from Lairo. Meanwhile, the new Lairo tribe has 7 members left after going to Tribal last week, with five original Vokai (Jamal, Kellee, Janet, Noura, and Jack) and a mere two original Lairo members (Karishma and Dean). While the Tom vote indicated an original Vokai majority in control of the new Lairo tribe, things aren’t as clear-cut as they seem.

So let’s dive in and unpack some scenes from the NTOS and preview trailers for Episode 6!

An obvious highlight would be that Jack and Jamal are being paired together once again. A few weeks back, the two were grouped with Molly and identified as a tight trio on Vokai. Although we saw some reactions after that blindside, we haven’t had any concrete updates about voting alliances since the original Vokai tribe had avoided Tribal Council since.

This week, both preview and NTOS trailers cement Jamal and Jack as a duo, narrating that they shared something “powerful, life-changing,” which Jack describes as a “human moment.” We then have Jamal pensively reflecting that he will “remember that for the rest of [his] life.” To me, there’s more than enough from past episodes and now the trailers to reiterate the bond between Jamal and Jack, so I’m assuming that they will be sticking together in the coming week. 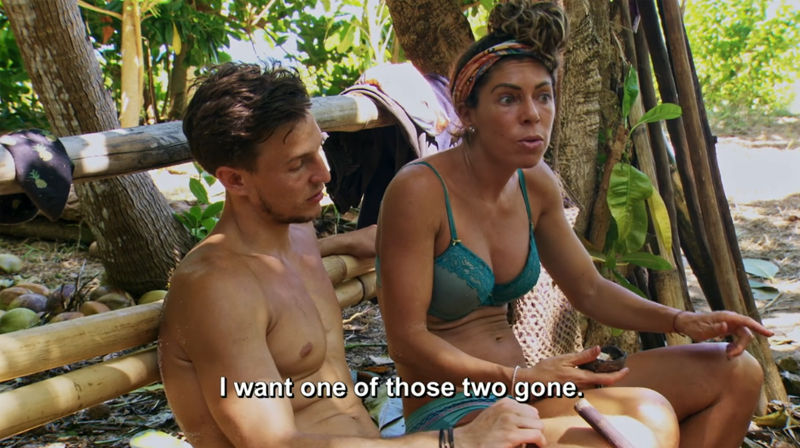 Unfortunately, their prominence as a tight pair continues to persist. We have Noura presumably talking about Jack & Jamal, telling Dean, “I want one of those two gone,” and then confessing that “I got to kill them before they kill me.” With another one of his allies gone, Dean doesn’t really have much choice but to consider his options working with the original Vokais on his tribe.

Seeing the general response towards Karishma, I’m guessing Noura may be considering keeping her around as a casual number (goat?) entering the imminent merge while voting off a potential threat—physical/ social/strategic or otherwise. After all, Jamal and Jack did throw her name around previously. I believe that Kellee would be thinking along the same lines as well, making the duo targets for a possible split vote on the new Lairo tribe. 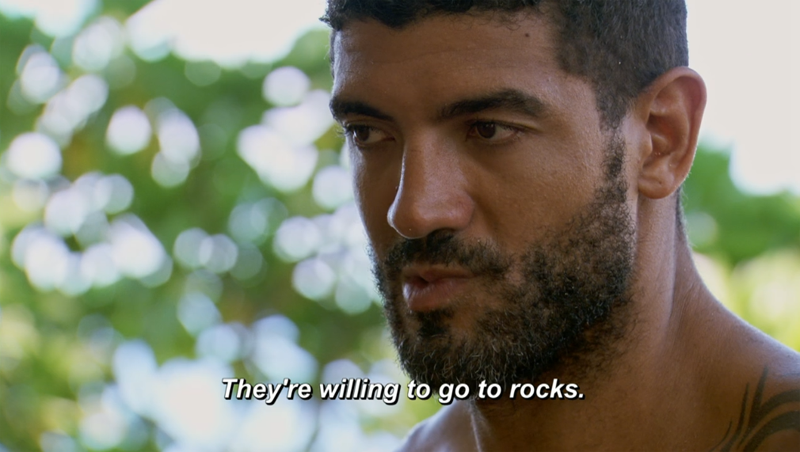 Although, if I had to choose, my prediction is that the swapped Vokai tribe goes to Tribal this week. This is because NTOS features scenes of them more immediately and pointedly discussing voting plans. With a 4-4 split, the original Lairo members are shown considering the possibility of going to rocks, followed by a confession from Elaine that she thinks nobody is going to flip. This raises my attention towards her. In Episode 5, Sandra, in the Tribal Council spy shack, commented on how she felt Elaine was always left clueless. I feel like these two notes together may signal Elaine getting blindsided somewhere down the line.

In the next sequence, we see Aaron strategising with Jason—two people from supposedly opposing alliances. Aaron then offers to cut one of the original Lairo girls. I’m predicting he’s referring to Elaine, as he was already gunning for her in Episode 1, and also because we know Aaron and Missy have a close relationship. I don’t think it’s difficult for him to convince the opposing alliance how charismatic and social Elaine is. As such, I feel like Elaine is a contender to get snuffed if the Vokai tribe goes to Tribal this week. 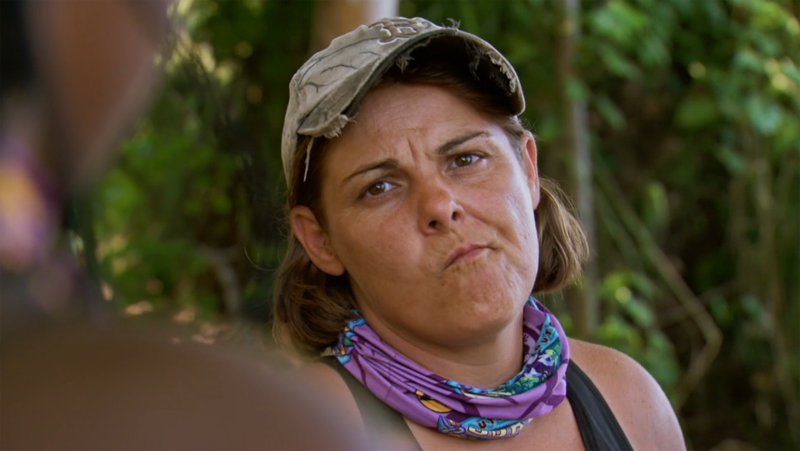 With a few votes left until the merge, I think we’re going to see some interesting, perhaps even premature gameplay, in Episode 6. Jamal and Kellee still have their Hidden Immunity Idols, with the latter’s expiring the next Tribal she attends. We can also be expecting someone on Lairo finding Chelsea’s re-hidden idol (Here’s hoping Dean finds it).

Leave a comment with your predictions for this week’s episode below!