This week, both the Next Time On Survivor and the preview trailers focused on the Lairo tribe. One reason for that would definitely be because the next player to visit the Island of the Idols was picked to be from Lairo. And as with the actual episode itself, the twist naturally takes up a good amount of airtime.

First up, a section of the preview highlights Karishma, the 37-year-old personal injury lawyer. It seems that she accidentally cut her hand while preparing coconut at camp, drawing a fair amount of blood. In the next sequence, we see her face first, planted on the ground. The reactions from Karishma (“I can see my bone,” “Guys, I’m getting very lightheaded”) of course ring alarm bells. However, it thankfully doesn’t seem serious enough to warrant a medical evacuation. We later see her, hand in a bandage, delivering a confessional after the incident.

Not discounting Karishma’s surely frightening experience in the jungles of Fiji, the real drama in the preview trailers surfaces when she remarked that “nobody came to [her]” as she was feeling woozy. Her tribemates probably assumed that it wasn’t a big matter, and/or that Karishma was overreacting. To their credit, I felt that Karishma’s exclamations of concern and anxiety sounded pretty calm in the trailer. They might not have thought it to be a cause for alarm.

In any case, Karishma uses really strong words, stating that they are “dead to [her]” in a confessional afterwards. Is this the beginning of the end for the Lairo women’s alliance? Prior to this, Karishma was in a 5-person majority alliance alongside Elizabeth, Elaine, Chelsea, and Missy. The women voted together in Episode 1, saving Elaine/Vince from Ronnie’s plans and were also alluded to in Episode 2 when Chelsea found the Hidden Immunity Idol. Although harsh words were spoken, I don’t think Karishma will be breaking away from the women just yet. To me, her lament is more of a general grievance towards everyone in the tribe, rather than targeting a specific group. Put it plainly, she doesn’t have alternatives to turn to, so why blow up her position in a fairly safe majority? 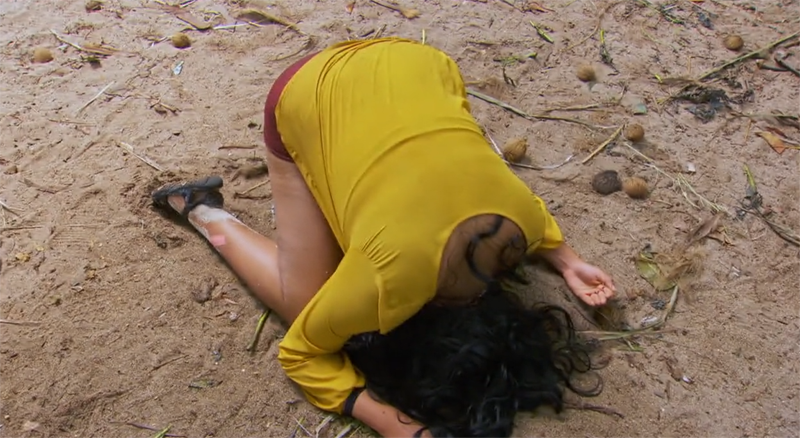 On the flip side, it’s more probable that her (over)reaction shakes up how the rest of Lairo views her. Should they find Karishma overly dramatic, her name might be thrown around as a possible vote. I feel like she stays this episode, but this incident is the start of her questioning her alliance and possibly jumping ship during a tribe switch.

While this is happening, NTOS also previews the four remaining men of Lairo seemingly coming together. With Dean and Tom in the conversation, we see Aaron asking Vince to work with them. As four doesn’t make the majority of the tribe, I’m guessing that this alliance is for a future post-switch situation, unless they are certain of pulling in one of the women—Elaine or Karishma, perhaps? However, Vince isn’t convinced. He didn’t react well to Aaron’s vote for him in the premiere episode, and seeing his dismissive confessional in the trailer, he is definitely still suspicious of Aaron and his claimed change of heart. I can see Vince working with the women’s alliance rather than Aaron. 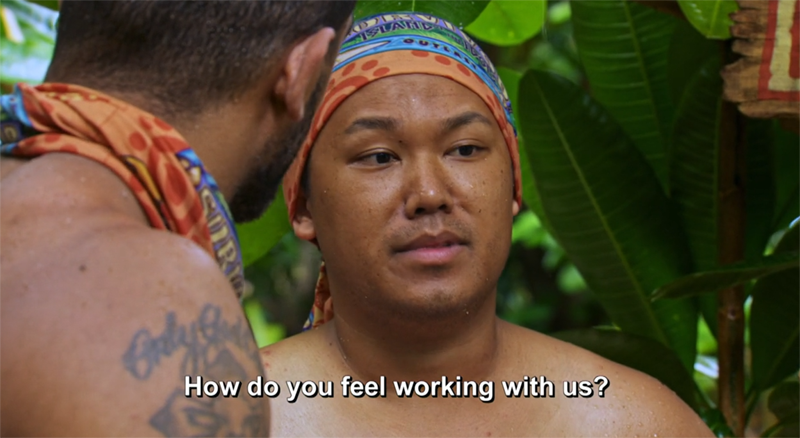 The final parts of the trailers showcase the Island of the Idols test, where a member of Lairo has been tasked to sneak into Vokai at night. We don’t have too much information other than the instructions read by Boston Rob on IOI, as well as a shot of a map of Vokai. I’m guessing that the task is to retrieve an advantage or a Hidden Immunity Idol from Vokai. While sneaking around camp for an advantage has been done a couple of times before, doing so in a completely foreign campsite would be extremely challenging. It also seems like some players on the Vokai tribe was startled and jolted up in the shelter. So, while the prize for successfully completing the test is an advantage or idol, would a failure mean 1) the player is exposed to Vokai, and 2) loses his/her vote at the next tribal? Stakes are real high if that’s the case…

All in all, I’m predicting that Lairo goes to tribal this week. I don’t think Karishma would be voted out, but her name would be thrown around as a possible vote out. I don’t see anything hinting at Chelsea making a move with her idol for now. And finally, I think Vince would be on the side of the women’s alliance, voting out one of the guys this week. I’m guessing either Tom or Aaron.

Let me know your predictions in the comments!

One response to “Next Time On Survivor – Episode 3”