Following the schedule patterns of previous seasons, this might be the last episode before the merge. With the title “I Was Born At Night, But Not Last Night,” episode seven of Survivor: Island of the Idols does sound like a promising one with some sneaking and lying going on.

The trailer opens with the aftermath of Vokai’s trip to Tribal Council, moments after Jason was voted out. Lauren, in tears, tells the Missy and Elizabeth, “I feel so betrayed by you.” This is coming after Lauren directly asked the two “if you girls have something I don’t know…” before that fateful Tribal in episode 6.

Lauren’s emotions here are very understandable, but the question is whether she will be able to recover from them. It might be my personal bias because Lauren was one of my picks on our Inside Survivor draft team, but I feel like this will turn out to be the wake-up call jolting her into action, rather than a setback that’s damaging to her game.

Though Aaron’s succeeding confessional (“This is our tribe, we’re taking over”) suggests that the four original Lairo members will be taking out the original Vokai on the swapped tribe, I feel like Lauren will be spared as the target over more overtly pressing threats like Tommy. I’m predicting that the alliance of four—Aaron, Missy, Elaine, Elizabeth—will be sticking together at least until the merge. After all, it really doesn’t seem like the remaining three on the tribe—Tommy, Lauren, and Dan—are going to trust them again.

That said, I don’t think the Vokai tribe will be going to Tribal this week because the scenes of them in the trailer seem more generic than the ones of Lairo. 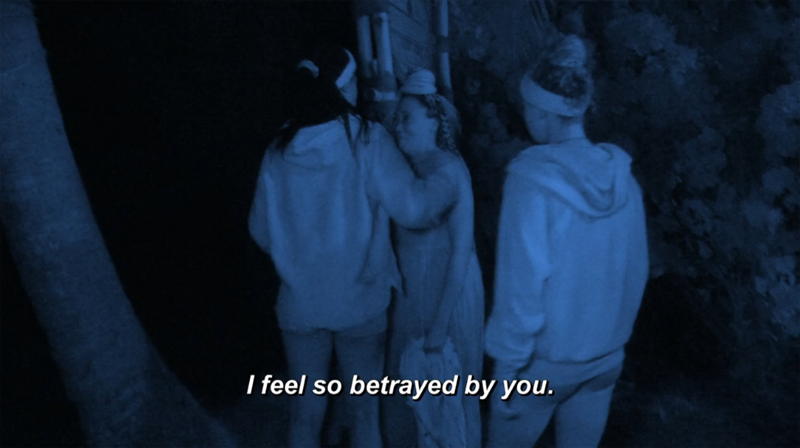 Over on the swapped Lairo tribe, Noura seems to be continuing her charge against Jack and Jamal from last episode. This time, she’s attempting to mobilise the women—Janet, Karishma, and Kellee—to join her. If this alliance holds, it’ll put the women 4-3 over the remaining men on the tribe: Dean, Jamal, and Jack. We saw from last week that Noura attempted, but failed, to get Dean on board to vote for either Jack or Jamal. Instead, Dean promptly spilled the beans to Jamal and very much indicated that he wanted to work with him over crazy Noura.

I feel like the next Lairo vote will put Kellee and Dean in the middle of the tribe, making them choose between working with the women (and for Dean, his only other original Lairo tribemate), or with Jamal and Jack. Also, the scenes shared between Kellee and Dean from two episodes ago right after the tribe swap lead me to believe that they’ll be aligned in some capacity. This is my wild imagination here, but it’ll be interesting if Kellee reveals the women’s plans to Dean, and he exposes her to Jamal, leading him to play the idol that he found. 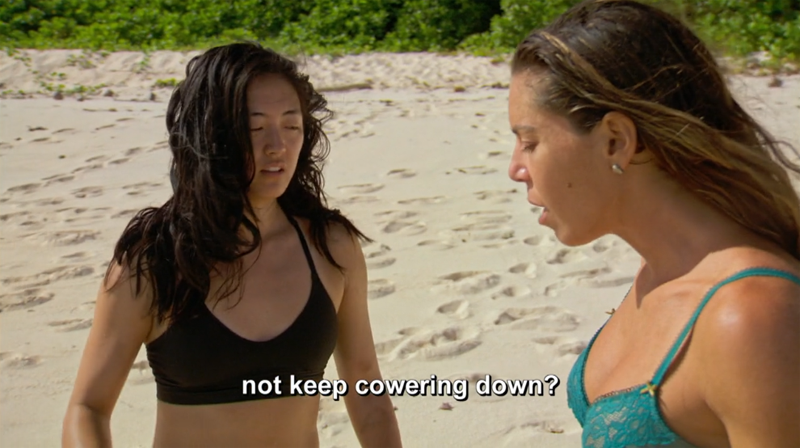 Nonetheless, whatever happens is also highly dependent on the next Island of the Idols visit, potentially shifting the decisions made on Lairo because someone on their tribe will have the chance to get an advantage or lose his/her vote. On top of this, Kellee also has the idol that she won earlier in the season, which expires the next Tribal she attends. She seems to be sitting nicely in the centre of the tribes she has been on, with relationships with varying people. I don’t see her playing it unless she absolutely needs to, as any redundantly flashy move at this point in time will just draw unwanted attention to her.

We also get a short scene of our host Probst in this week’s preview trailer saying, “Never had a Tribal like this, ever.” From his expression and body language, he doesn’t seem amused, though I don’t think he’s angry. At the start of the trailer, we see Sandra and Boston Rob fist-bumping, so I’m guessing that someone who went to IOI said or did something to their liking. In any case, I personally don’t view Probst’s reaction as that solemn and ominous as the trailer apparently makes it out to be.

For my concluding predictions, I think that Lairo will be going to Tribal Council this week and that the four women on the tribe will solidify their alliance to target either Jack or Jamal. I have a sinking feeling that it’s not going to be that straightforward though and that Jamal or Kellee might play their idols…. but we’ll have to wait and see during the episode.

One response to “Next Time On Survivor – Episode 7”