Five episodes into the season, we’ve reached our first swap! There are 16 players left in the game, with an even number of 8 women and 8 men. Since Vokai has been to one Tribal Council while Lairo has totaled three with the latest vote of Chelsea, we have 9 Vokais and 7 Lairos heading into this week’s tribe swap.

Even though a swap to three tribes has been a common occurrence in recent seasons, the players this time are likely to swap to two tribes, seeing as how the press photos of episode 5’s Immunity Challenge in the ocean accommodates only two teams. Moreover, I don’t think there would be an Exile island-esque twist this time around, as the Island of the Idols is already taking up a lot of time in the episodes.

Just a small head’s up here, the original preview trailer that was uploaded gave away a merge player as he/she was shown wearing a blue merge buff. I’m not going to give any spoilers here and instead will be writing about the re-uploaded trailer that had colour-edited the buff to match one of the swap tribe colours.

So first up, let’s look at the NTOS and preview trailers, and differentiate between the pre-swap sequences from the post-swaps ones. We begin NTOS with a scene of Dean and Missy talking by the beach, most probably happening the day after the Chelsea elimination (RIP). Visibly upset, Dean tells Missy, “You’re talking a lot of nonsense right now,” really showing his distrust after being blindsided.

In the preview trailer, there was a short sequence of Dean stating, “I don’t know if I can work with you.” And although it’s edited to look like it was from a post-swap timeline, I believe these two sequences are from the same conversation with Missy before the swap. Essentially, what I gather is that Dean isn’t going to work with Missy, but we’re not sure if they’re going to be on the same tribe post-swap. 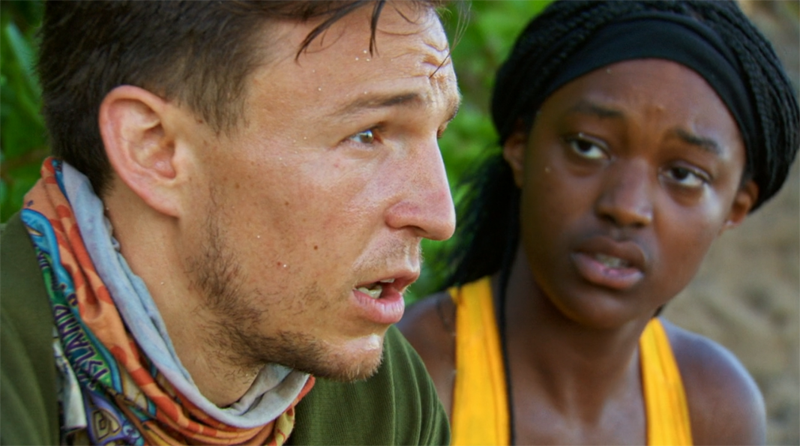 The rest of the trailer shots all seem to be either post-swap or just general flashes of the players from, really, any point of the game. In the preview trailer, the general shots include the quick intercuts of Noura, Janet, Missy, and Tom. And in NTOS, even Jason’s confessional that “there is so much danger” could be from any time.

As for post-swap scenes, both trailers feature Elaine commenting, “You don’t know these people; you can’t trust them,” which sounds like a rather generic thing to say after a swap. We also have Dan talking of a “doomsday scenario” to end off the preview. If we take these shots at face-value, Elaine is wearing an orange buff, and Dan a purple one, and these may be their post-swap tribes. However, because of the accidental spoiler, we know for sure that colour-correcting the buffs isn’t a difficult editing trick.

Next, we have a confessional from Karishma saying that “[she] needs to flip on old Lairo.” This shouldn’t be coming as a surprise to us since she has been talking about not feeling like she’s part of the tribe for some time already. If anything, the latest Tribal Council with Missy’s barrage on her probably cemented Karishma’s need to flip on her old Lairo alliance. Goodbye, women’s alliance! By probability, it’s highly likely that Lairo swaps into a minority on both new tribes, so here’s Karishma’s opportunity to work with the original Vokai members against her former tribemates. 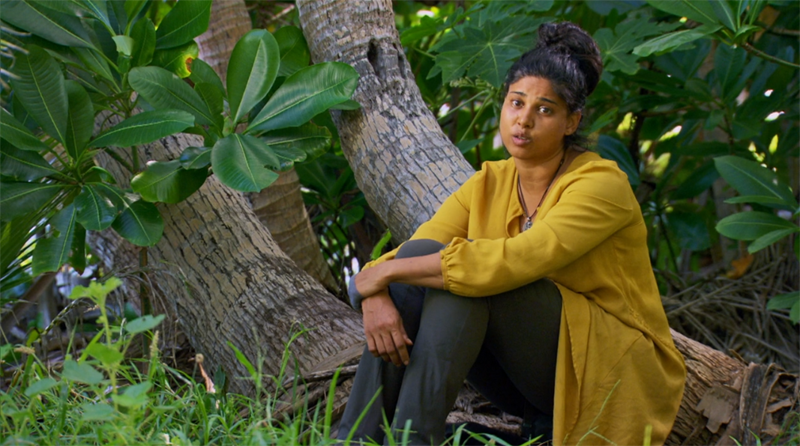 On the flip side, I then think that Missy is in deep trouble going into the swap. After the talk with Dean, it really doesn’t seem like he’s willing to work with her anymore. This means that she has at least two relationships—Karishma and Dean—that have been burned. While we know she has a decent relationship with Aaron, I think she’ll be in trouble in the coming episodes, especially with Elizabeth and Elaine not completely in agreement with her last week.

One of the more interesting scenes reveals Kellee saying, “I want to work with you.” My first thought is that it might be a follow-up from the last episode where she mentioned that whoever goes to the Island of the Idols could either ruin her game, or they could work together. We didn’t get to see any private conversations between Kellee and Noura when the latter came back to camp, so I thought that this may be the scene where they talk about the elephant in the room.

And on that note, I guess it could also be a scene of Kellee touching base with Elizabeth if they were swapped onto the same tribe. A group of IOI visitors would make for an intriguing alliance. But of course, all this is just my speculation—it could just be a soundbite from a random conversation as well. 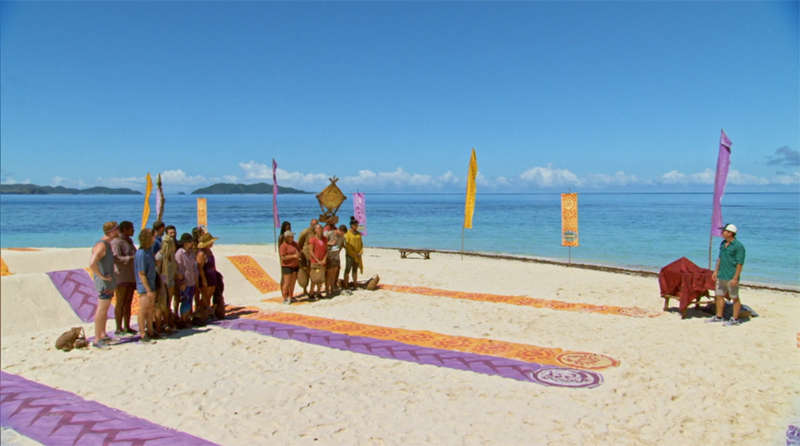 And to round it up, the final scene in the preview trailer shows Missy and Elaine brawling it out. I’m not reading too much into it because it seems like a friendly wrestling match with their tribemates cheering them on by the sides. In an extra secret scene from previous episodes, we’ve already seen the pair wrestling to kill time on Lairo.

With the tribe swap, I hope we get to see more of the original Vokai players! We certainly know more about the dynamics on Lairo, leading me to suggest that Missy and perhaps also Aaron are in danger. On Vokai, I’m not sure if Jason has properly shaken off his less than ideal first impression, but I do think he’ll be safe in the upcoming episode. As of episode 4, Jamal and Kellee have Hidden Immunity Idols, and since Chelsea was voted out with an idol, it may be re-hidden on the original Lairo beach.

One response to “Next Time On Survivor – Episode 5”