Happy Season 39, everyone! I’m back with my attempts to comprehend the Next Time On Survivor and preview trailers and make some shot-in-the-dark predictions for the next episode of Survivor: Island of the Idols!

The NTOS trailer begins with a shot of Missy and Aaron post-Tribal, with the latter stating that he has “zero trust with anybody right now” after being blindsided. Since the only person who voted with him (Ronnie) had just been voted out moments prior, Aaron’s response isn’t all too shocking. And if it wasn’t clear enough, the trailer cements his sentiments with a confessional saying “fool me twice, that’s not gonna happen.”

I’m not too sure what Aaron will do to recover from this Tribal blindside, as I’m pretty sure alliances are still pretty fluid. While it seemed like he was part of a majority seven comprising of Missy, Dean, Karishma, Elizabeth, Chelsea, Ronnie and himself earlier in the episode, the numbers then shifted, amalgamating the girls alliance plus the supposed minority three… plus Dean? In any case, I feel like Aaron will continue to target Elaine while trying to convince others to vote out a “social threat,” and perhaps want revenge on whomever he felt close to but left him out of the Ronnie vote.

The next part of the NTOS trailer shows our sweet summer child (I kid) Kellee tearing-up on Vokai beach, surrounded by some of her tribemates. From the subsequent preview trailer, we literally see her on the Island of the Idols and interacting with Sandra and Rob. I’m guessing that this NTOS sequence is from when it was made known that she was picked to go, as it seems to be the same scene in the preview where she says “I’m really paranoid about it.” 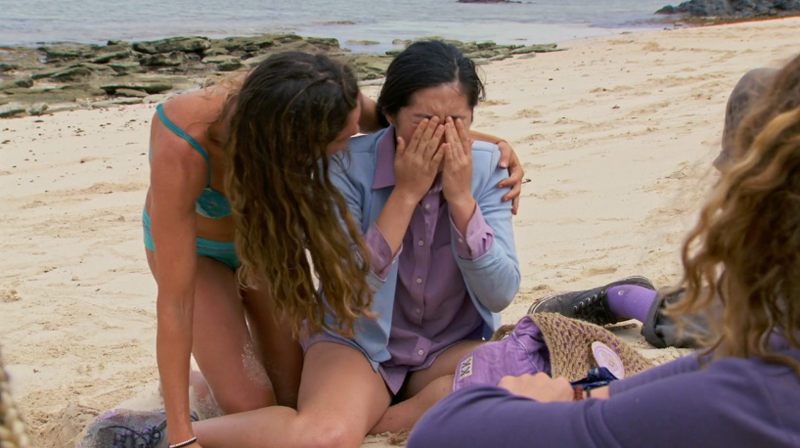 On the IOI itself, we see Kellee again being stressed when its time to decide if she would take up Rob/Sandra’s challenge, commenting “I really don’t know if I can answer the questions.” And, well, I’d be stressed too in that situation. Boston Rob does clue us in by saying that Kellee’s lesson began the minute she arrived on IOI, perhaps hinting that the questions are some sort of memory quiz about things she should/could have observed on the island. “Everything is a test” as narrated in the trailer does ominously support this guess.

I’ve been racking my brain for a while now deciding if Kellee takes up the challenge. Ultimately, I’m leaning slightly more towards no, because I see her as being more conscious of the potential risk. Although the title of the episode—“YOLO, Let’s Play!”—could have been said by her. 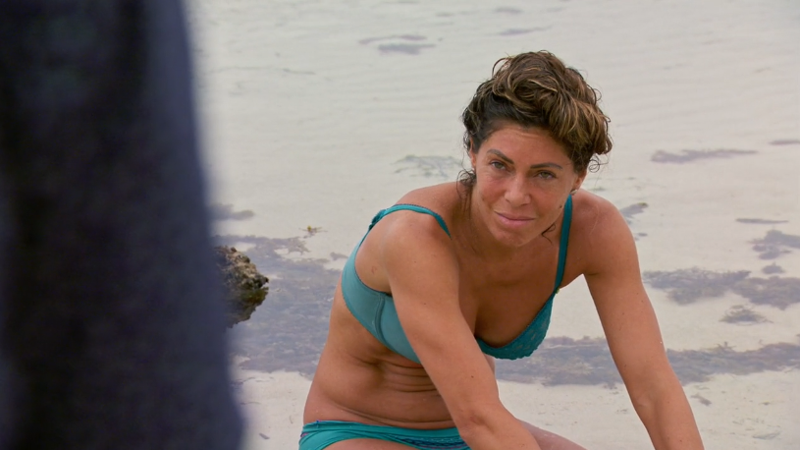 And lastly, the final section of NTOS features Noura, who is giving me strong Debbie Wanner vibes. As Austin wrote in his cast assessment pre-season, I too feel like Noura might be voted out for being too much. The trailer is portraying her as an eccentric personality and also someone with a temper—two traits that don’t look very promising for Noura. I don’t think she’ll be voted out at the next Tribal, but it might just be an impression that might resurface later in the season.

I’m going to cop out and not pick a boot this week because it’s still really early in the game. From episode 1 alone, Jason and Dan stand out as two singles somewhat detached from the larger pack on Vokai. And on Lairo, Aaron is in the obvious minority. The challenge strengths of both tribes also seem quite even, but if I were to pick, I’m predicting that Lairo goes to Tribal again.

One response to “Next Time On Survivor – Episode 2”