Here are our four nominations for Shocking Moment of Survivor in 2017. Readers can vote below for their favorite. 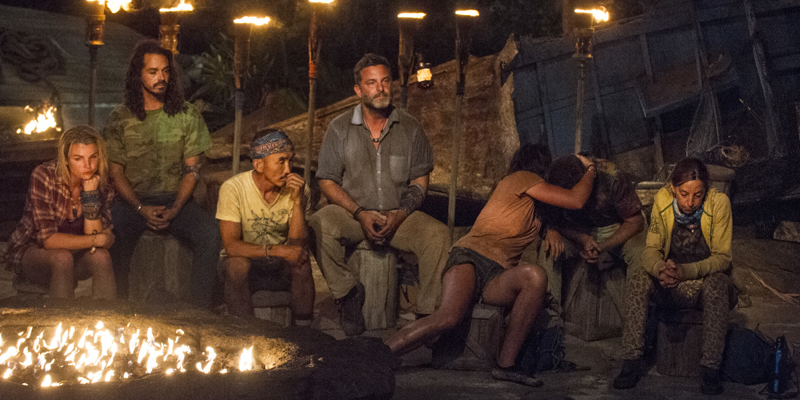 I debated over whether to even include this as a viable option, given the ugliness of the situation. But the truth is, it was one of the biggest moments of the year. An event that transcended Survivor and had much wider cultural significance. When Jeff Varner outed Zeke Smith as transgender, it caused an immediate explosion of emotions at tribal council. It wasn’t just shocking; it was unpleasant and offensive. Varner’s desperate ploy to stay in the game crossed over into a malicious, personal attack designed to expose Zeke as a liar and untrustworthy person. While it was distressing to watch, the way Zeke handled the situation in such a calm and dignified manner should be commended. It was also reassuring to see the tribe rally around Zeke and take Varner to task for his actions. 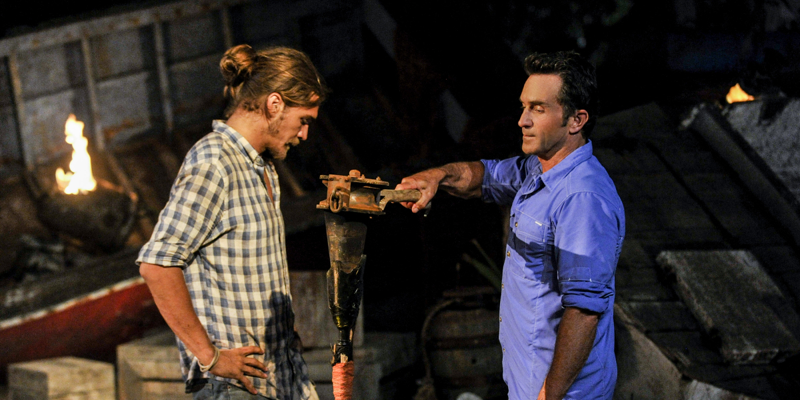 The 2-Tribes-1-Vote twist was a shocker in itself, which I talked about in the Best Episode write-up. Malcolm being the victim of that twist was even more shocking. Coming into the season, fan-fave Malcolm was many people’s winner pick. Enough time had passed since the last time he played, and he was surrounded by former winners and other big threats that could shield him early on. Nobody expected him to be the fourth person out. Even during tribal council itself, Malcolm didn’t appear to be the prime target. The Mana tribe seemed set on Sandra, while Nuku was aiming for either Brad or Sierra. But when Tai played his idol on Sierra, it changed everything. Probst read out all the cancelled Sierra votes, and we all waited with bated breath to see where Mana had placed their votes. Malcolm! The shock of this moment was captured beautifully by Josh Wigler at the Live Know It Alls screening. 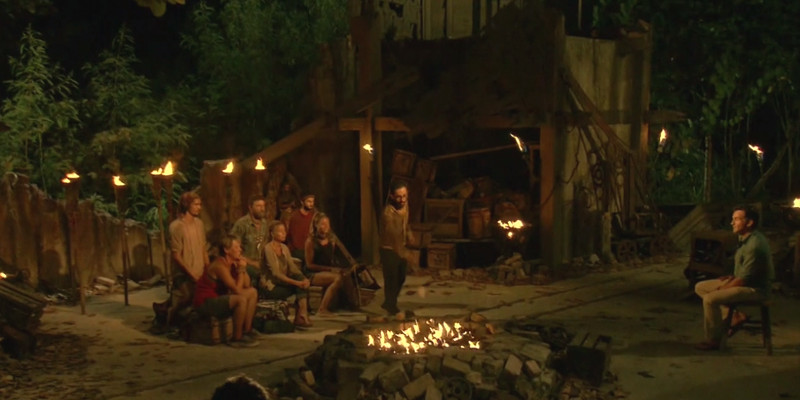 It was often hard to tell whether Dr. Mike was crazy-genius or simply crazy-crazy and the arena of tribal council was where he blurred the line the most. He’d confused and confounded a couple of tribals earlier with a blunderous idol play and a nonsensical speech about the Statue of Liberty, but it was at the final seven when he took things to a new level of bonkers. Before tribal council, Lauren had given Mike half of her idol as a sign of trust. Now, there are many things Mike could have done with that idol. He could have used it as leverage in the game. He could have used it to form a solid alliance with Lauren going forward. He could have even persuaded Lauren to let him keep the idol for himself. Or, in a Survivor first, he could throw it in the fire at tribal council, rendering it unusable. That’s exactly what Mike did because of course he did. 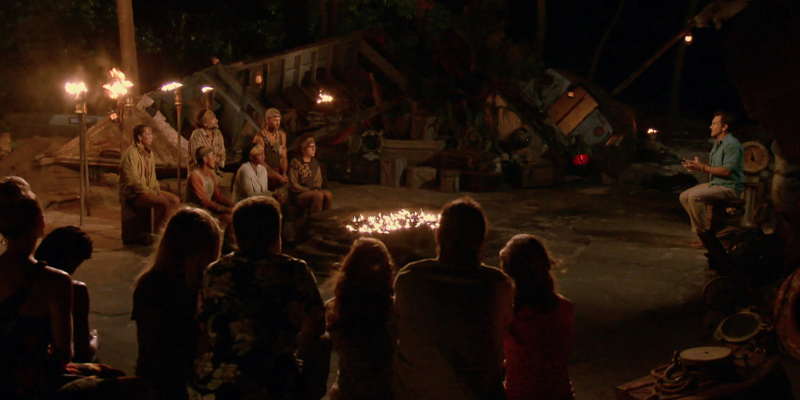 Seven months on and the way Cirie Fields left Game Changers still hurts. In a tribal council which soon became known as “Advantageddon,” Cirie became the first person to be eliminated without having a single vote cast against her. That’s because a barrage of advantages which had been stocked up all season came into play simultaneously. Tai, who had held on to two idols for the majority of the game, played one for himself and the other for Aubry. Sarah then utilized the Legacy Advantage she had acquired from Sierra. In turn, this provoked Troyzan into playing his idol he’d had since pre-merge. With Brad in possession of individual immunity, it meant Cirie was out by default. A shocking and tragic ending for a legendary player but the standing ovation she received upon her exit at least took the sting out just a little.

Check back tomorrow when we will reveal the nominations for final category – Best International Character.