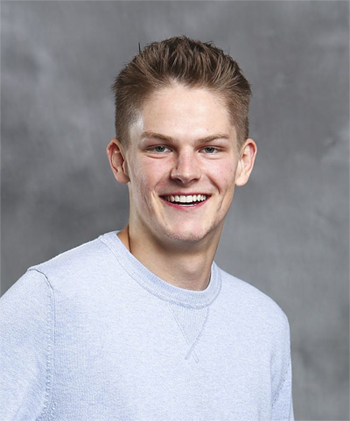 What happened in his previous season: Spencer went from a “0% chance of winning this game”, as stated by Jeff Probst pre-game, to reaching the Final 4, and becoming arguably the most popular player to come out of Cagayan.

He began his Cagayan journey on the dysfunctional Luzon tribe; probably one of the most ineffective tribes in Survivor history. After David and Garrett had been voted out, Spencer became the last man standing, and the next target. The girls, Kass and Tasha, kept him around due to his challenge prowess, and took out rice-spilling, crazy-pants J’Tia instead. When the tribe swap happened, Spencer ended up in a majority on the new Aparri tribe. He and his fellow Brains tribe members Kass and Tasha were in a position to control the vote.

Come the merge, Spencer was still in the majority, but after an insane Tribal Council where Kass switched her vote, cementing her moniker as #ChaosKass, Spencer was sent back to his underdog role in the minority alliance. His alliance was slowly dwindling, and he was always the next target. But his scrappy, determined gameplay allowed him to win 3 Individual Immunities and even uncover a Hidden Immunity Idol. He sided with the majority alliance to vote out LJ, Jefra, and Trish, but ultimately was voted out at the Final 4 due to being a huge jury threat.

He made a plea during his Final Tribal Council speech and stated that everyone should vote for Tony to win over Woo because Tony played in a way that honored the game of Survivor, whereas he saw Woo as Tony’s lap dog.

Spencer was a finalist for the Rob Has a Podcast Mr. Survivor 2015, and ultimately won the title.

What to expect from him this season: As with the other Cagayan contestants, Spencer is going into this season with a huge target on his back. With four Cagayan representatives taking up spots on the cast, regardless of whether they intend to work together or not, they will be perceived as a potential voting bloc. He’s also shown in his previous season that he thinks strategically, is a super fan that is knowledgeable about the game, and is a very competent challenge performer.

Spencer will not want to be an underdog again this season; he doesn’t want to be fighting from the back-foot, so expect to see him in a more dominant, controlling position if he is on a tribe with potential allies. His strong connection to the Survivor community means he is friendly with a lot of the fellow Second Chance cast members in real life. If he starts on a tribe with any of those people (the likes of Kelley, Peih-Gee, Shirin, Stephen, etc.) he has a chance to succeed. Should he end up on a tribe with lots of old schoolers and alpha males he may, unfortunately, find himself in that underdog position once again. Also, his Final Tribal Council speech was very negative towards Woo, and his love/hate relationship with Kass in Cagayan could lead to a very good chance of those two butting heads again.

Prediction: If he starts the game with the wrong mix of people he’s going to be targeted right out of the gate and end up a pre-merge casualty. But if he gets into a solid alliance quickly, and survives the early game, he can make it to the merge. Overall, Spencer will finish in a worse position than in Cagayan; Inside Survivor says early merge boot.

Thanks for reading our Second Chance Retrospective for Spencer Bledsoe.

What do you think Spencer’s chances are next season? Leave your comments below.

The Challenge 36 Episode 4 Recap - Burn The House Down

Best Episode Rankings - No. 83 - "My Wheels Are Spinning"