Nobody knows when Survivor will be back on our TV screens, but to tide us over in the meantime, 20 former castaways will battle in another game of social strategy when they take on Sequester.

What is Sequester I hear you ask? Sequester is a reality game (existing in both an online format and in-person) created by former Big Brother contestant Audrey Middleton. During the pandemic lockdown, Audrey has been hosting special one-night “Sequester Minis,” such as “RHAP Night” with various podcasters from Rob Has A Podcast, as well as “Big Brother US vs. Big Brother Canada.”

Now, it’s time for the Survivor castaways to leave the sandy beaches and coconut trees behind, as they take on the pinnacle of socially-distanced game shows. The cast—which Audrey will officially reveal later today—spans all eras of Survivor and was put together with the help of myself, Parade’s Mike Bloom, and RHAP’s Brent Wolgamott. The “Survivor Mini” will stream live at 8 pm (EST) on Saturday, May 23 at sequesteraccess.com.

How does Sequester work? There are similarities to Survivor, in the sense that players must vote one another out and can earn immunity in the form of the Locus of Safety (a sort of Hidden Immunity Idol). The difference is, it all takes place virtually via video call. The 20 players begin the game separated into five different chat rooms, each with its own occupancy limit. When a new round begins, players can jump from room to room to strategize, make deals, and form alliances. The twist is, each new round has a different voting format, making the game unpredictable and keeping the players on their toes. The last seven eliminated players make up the jury to determine the overall winner.

Who is playing? The full cast has now been revealed, check it out below: 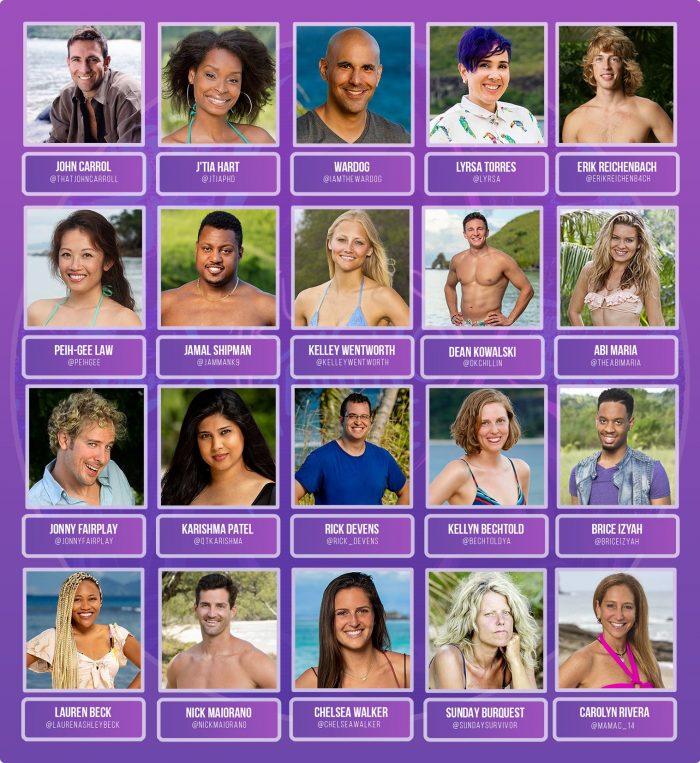 Stay tuned to the official Sequester Twitter for all the latest info.