It’s that time of the season – merge time! As a Survivor fan, the merge is always one of the most exciting parts of the series. If Survivor were a dinner, we just finished our Appetizer Sampler of pre-merge boots and are now ready for the main course. It’s a time where all strategies come to a head and players start scrambling to gain control of the game and carve a path to the finals.

“Either way – I’m a complete bastard!”

After losing two tribe members to the mutiny, the Aitu four are outnumbered by the Raro five in the Cook Islands merge. Season champion, Yul Kwon, uses his possession of the hidden immunity idol to persuade Jonathan Penner to jump back over to Aitu and create a majority vote to blindside Nate from the Raro tribe. This gives the Aitu four a voting majority and allows them to defeat incredible odds and coast to the final four.

Heading into Season 30’s merge, we see Blue Collar, White Collar, and No Collar running around frantically searching for numbers. The No Collars quickly find themselves on the bottom, but Jenn Brown decides to play an idol. The first vote comes up for Game Changer Hali Ford but quickly turns to multiple votes towards Jenn that go wasted. After seven voided votes, Jeff flips the vote to read Kelly – one of Blue Collar’s most loyal members – which sends her home.

It was not enough to send Jenn and her allies to the finals, but it was enough to shake the other alliance and upset Rodney – which is always worth it.

Going into an even split merge between the Upolu and Savaii tribes, both groups were fighting for a numbers advantage while being led by veterans Coach and Game Changer Ozzy Lusth. The first round of voting results in a tie, but in the revote, future champion John Cochran flips his vote against his Savaii tribe and jumps ship over to the Upolu tribe members. An idol is wasted, an all-star is born, and Coach Wade finds his first solid route to a final tribal in one of the best votes of the season.

In the second Fans vs. Favorites season, the Favorites come into the merge with a huge 8-4 advantage. However, a few returnees are sick of the dictatorship that is Phillip Sheppard and start to form a coalition against the majority alliance. Corinne Kaplan and Game Changer Malcolm Freberg try and use the Fans votes to take out an easy target in Sherri. But when the Favorites get wind of Corinne’s plan to overthrow their alliance, they turn on her and blindside Corinne out of the game. 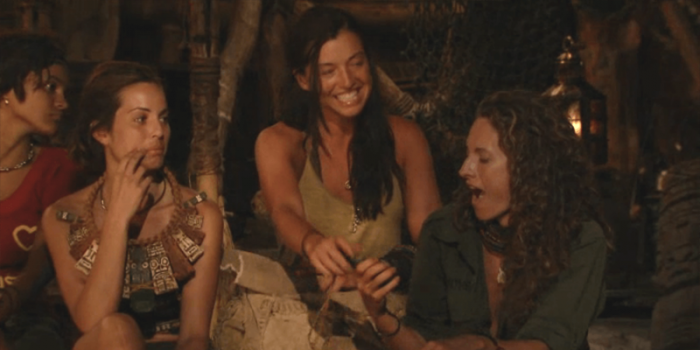 Arguably one of, if not the best tribal of all the time. Going into Season 20’s merge the Heroes and Villains were at even numbers. Game Changer JT Thomas had just given Russell Hantz the idol hoping to get him to jump ship on his fellow Villains. Russell hands the idol to Parvati Shallow, who was already in possession of another secret idol, giving her a huge leg up going into the merge tribal. At tribal both tribes were lip tight on who they were targeting, but with the two idols, Parvati protected both Game Changer Sandra Diaz-Twine and Jerri Manthey, canceling out all votes from the Heroes and in turn eliminating JT with his own idol.

After Mike Skupin’s unfortunate burn, the Ogakor and Kucha tribes went into the merge deadlocked with five players each. In a tied vote, Game Changer Jeff Varner was eliminated over Colby Donaldson for having more votes in previous tribals – a rule that no longer exists in the game.

One of the few highlights of the season, the merger tribal of Redemption Island showcased the brilliance that is Boston Rob. Having Matty rejoin the game after winning multiple duels, both tribes were bidding for his vote; Zapatera to even things up and Ometepe to keep a numbers advantage. However, after Matt is unable to make a firm decision, Boston Rob decides to target him and send him right back to Redemption Island. Zapatera wastes an idol, Matt throws a vote away, and six votes come piling in towards Matt, including his island girlfriend, Game Changer Andrea Boehlke, in the wildest tribal of the season.

“This is not a hidden immunity idol.”

While it was not a blindside or the first time a fake idol was played, this tribal has Eliza Orlins playing a stick hoping it’s an idol, in an attempt to oust Game Changer Ozzy Lusth. This, of course, does not happen but prompts the tribe to find out that Ozzy does, in fact, have an idol of his own. Eliza exits the season in a very memorable way.

Two vets fighting for safety in the game, an entire tribe visiting tribal for the first time of the season, and a rivalry that splinters what seems like an unstoppable force – this was only the beginning of season 25’s merge.

When the merge of Survivor: Philippines happens, a very fractured Tandang comes in with seven members over the Kalabaw four. Heading into the merge tribal, two vets – Michael Skupin and Jonathan Penner – find themselves in hot water with the newbies in the game. Abi-Maria Gomes and RC Saint-Amour can’t put their differences aside to keep their numbers advantage strong. And the history of Malcolm Freberg and season champion Denise Stapley from their Matsing days are bringing many tribe members together across multiple tribal lines. Penner plays an idol, effectively saving him from going home, which in turn bounces the votes back onto RC who becomes the first member of the Philippines jury.

“Let’s see if I read these people correctly, Jeff.”

In one of the biggest merge showdowns of all time, the Cagayan merge found two groups going head to head with Game Changer Sarah Lacina in the middle, or so she thought. Having been separated from her entire Brawn tribe, Sarah was now in the middle between a Brawn alliance and a Brain alliance with Beauty’s spread out across each group.

Sarah refuses to budge on who she wants to target, making future all-star Kass McQuillen angry. At tribal, Game Changer Tony Vlachos’ alliance plays two idols, both of which do nothing. Slowly, the votes come out one at a time – Jefra, Sarah, Jefra, Sarah. Jefra’s face and panic are what makes Survivor good, but the reaction when the final Sarah vote comes up is television gold. The vote gets a round of applause, and Kass’ former alliance quickly searches to see who flipped. In the infamous words of Spencer Bledsoe “Kass, zero percent chance of winning the game.”

Cam Kuhn is a native of Little Rock, Arkansas and proud super fan of Survivor. He works as an education consultant for a technology firm and blogs in his spare time. Cam has applied for Survivor 4 times since turning 18, written his college thesis on the communication styles of Survivor, and won Corinne Kaplan's season 32 cast assessment via auction.