If the first two episodes of this week were about taking out two big players one after another, this episode was about winding up a story arc as quickly as possible in a ruthless act of retribution. Flick has been notable this season for the wrong reason—being confessional-less until almost halfway through the season despite her exit fracturing the strongest alliance that existed in the game (until now). Flick was notable in her first season for her competitive spirit and her willingness to do anything to get to the end. She was the last member of her original tribe and was the closest to swaying eventual winner Kristie into betraying her allies. Instead of her tenacity, Flick is remembered for her move against her “best friend” and ally Brooke, as has been often recounted this season.

Was Flick going home the best move for her former allies? The answer lies in an idea brought up at Tribal Council: that the awesome foursome of Locky, Brooke, AK, and Flick haven’t had the chance to play with any of the other original Mokuta tribe players across the island. Harry and Shonee have had the opportunity to meet the tribe of eight, which would hold the majority when the game reaches merge. Although Harry and Shonee may not have much leverage, the Vacama 4 don’t know that and could very well be walking into being the next four boots. So, in that context, I tend to feel as if Harry was a more strategically sound choice to go home over Flick.

AK gave a confessional about the importance of taking out Harry. “Dirty” Harry’s reputation is for sneaking and idol hunting; he has connections to the other side and a strategic mindset. In nearly every way, Harry mirrors AK. They have the same take on the game, the same manner of always strategizing, and more than anything, they share the same game mentality—win or nothing. Harry claimed to have shed this mentality at Tribal council, but his willingness to talk and play a big game with his advantage only moments later shows that he is still “all in” to be the Sole Survivor. And the promo for next week shows that he’s hiding his “Cancel Tribal” power from the remainder of the tribe, which is sure to stir up even more suspicion (which Harry can ill afford).

As a side note, I feel as if the similarities between Harry and AK—each being “the snake” of their season—could be the prime reason that AK initially chose to target Harry for this vote. When Harry is playing the same game, then he is cutting off AK’s options. If Harry takes one path, then AK needs to take another. AK needs to take out Harry before he cuts short his chance at the long-game. While a relationship may have worked for the early stage of the game, all eyes are on the merge, and the end game now that half of the season has passed. 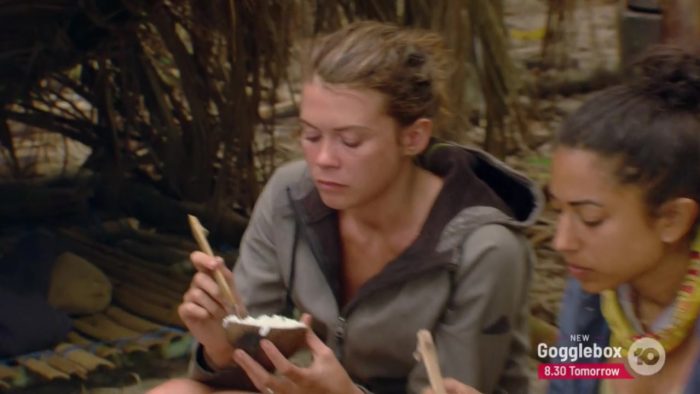 Which brings us back to the choice to vote out Flick. Prior relationships hang over this game, and I can’t tell if it’s like a wet blanket or a piñata filled with delights. These previous relationships have already provided motivation for certain castaways: Lydia wanted to take out Shane in the act of revenge, and David pulled off a series of tricks to take out Daisy because he didn’t trust her from their previous season. Henry and Mat both played and died with their reputations. And there has been plenty of talk about “biding time” and “waiting for the right moment” from various castaways. But with the merge around the corner, there seems to be a sense of unease coming to the surface.

Castaways are less willing to wait and instead want to make the move they’ve been dreaming of immediately. Brooke’s game so far has been played in tandem with Flick—in the same alliance no less. Brooke has been open about not being able to trust Flick after what happened in their first season. Without this previous betrayal, then this boot is probably straight forward for Vacama, and one of Harry or Shonee goes home. Brooke even stated that getting Flick out is the main reason she came back this season, and this kind of single-minded focus will stop a castaway from playing a flexible game until they have met their goal.

Meanwhile on Mokuta: it’s David’s game and everyone else is playing it—at least that’s what he will have you think! The fall out from the last Tribal focused on how things are positioned in relation to David and his allies. Sharn, who initially flipped her vote when David’s speech at Tribal spooked her, appears to be shifty when arguably, David’s prior actions (on this season and his last one) have done very little to reassure her of his trustworthiness. Moana, who took David in as a way to leverage her position in the game, has no issue with Sharn’s flip flop voting. The unlikely trio may have achieved their goal, but what we see is David’s thoughts on the matter. 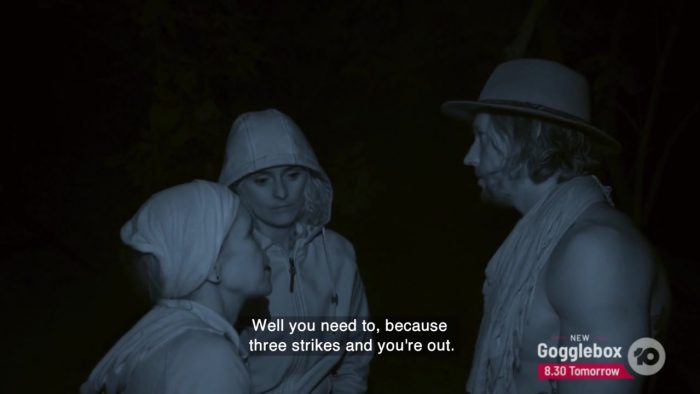 For all his bravado, I’m not convinced that David is in a good position. He may have professed delight that Phoebe has gone home, but he just booted the only person who truly viewed him as an ally. Phoebe even tried to win his trust back by sharing her idol clue. David’s weakness is…well… weakness, and as soon as he feels vulnerable in any way, he retaliates on whoever has caused him to feel that way. Phoebe (who voted against what David wanted because she believed it was in both their best interests) made him feel betrayed and he bounced back by taking her out. Sure, he did it in a charismatic and entertaining way, but he still did it, and now he’s relying on someone hungry to vote him out when the moment is right (Moana) and someone who is so wary of his Tribal chatter that it caused them to flip their vote (Sharn).

David might have two hidden immunity idols right now, but, as Mat Rodgers will surely tell you, you can’t rely on idols forever. I appreciate David’s zest for the game, but his gameplay seems more and more for the camera rather than for the actual intention of winning. David seemed to thrive off the idea of being the first in Australian Survivor to have two idols at once rather than the opportunities having two idols could provide him. Still, the Golden God is providing much of the storytelling for the Vacama tribe and will probably continue to do so until his hijinks catch up to him.

We are 25 days in, but there are acres of game left to play. The merge is surely around the corner, so who is in a good position? On Mokuta, Moana has impressed me with more strategic gameplay and, in particular, her ability to define her gameplay as making moves in a quiet manner. She’s under the radar to everyone but the audience and could be extremely powerful once the merge hits. 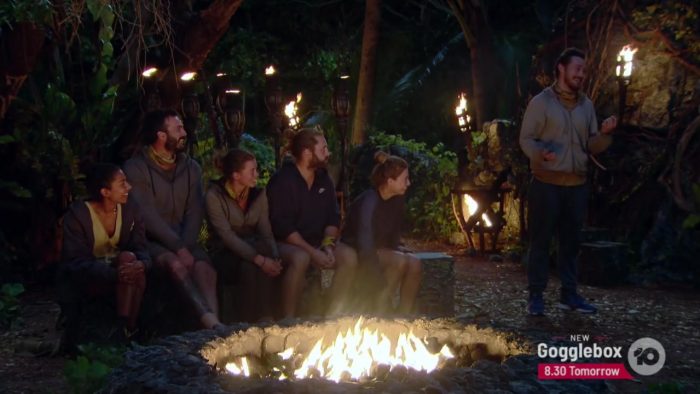 On Vacama, I’m not convinced Brooke pushing Flick as the target was her best move, but I still think she’s the best placed on that tribe for the time being. During the pre-Tribal scramble, I wrote down the various plans that had been brought up, and Brooke was voting correctly in each of them. She’s picked up a tall, manly extra vote in the form of Locky and has proved physical capability in the past few weeks of challenges. Then there’s AK, who was impressive in his ability to talk down Harry at Tribal (shout out to Benji, who first influenced how an advantage is played mid-Tribal), but his reputation as a snake precedes him. And last but not least, Shonee, who has a killer social game, but you cannot deny that she’s been the majority vote to go home twice.

As I remind myself every time another crazy scheme comes to fruition, this is SURVIVOR. ANYTHING CAN HAPPEN. Let’s keep our fingers crossed that it’s my all-time fave Nick pulling out the win.