Australian Survivor has started with a bang. The second outing of the Champions vs. Contenders theme for Network Ten is being pushed to the limits with a strong emphasis on the Champions tribe. The majority of castaways revealed to the public pre-season were Champions, and these first few episodes have heavily spotlighted the “giants of Australian society.” All but one of the Champions has had decent character development as the grand journey of the latest Survivor season begins.

The original Champions vs. Contenders became one-sided when the athlete-loaded Champs tribe steamrolled the Contenders from the season’s beginning to end. This season, however, is setting up a David vs. Goliath battle where the Contenders have more than enough muscle and mind to take on their more well-known opponents. The theme seems to set up every castaway to be likable. The Champions, as celebrities, are beloved figures that the audience wants to support and follow through to the endgame. The Contenders are the ‘everymen’ who we can empathise with — the people we can see parts of ourselves in and who we want to root for.

Each tribe has visited Tribal Council, and each time the fate of two players has been hanging by a thread. Clean-kneed Anastasia was sent home over leading lady Pia while PhD-darling Baden survived over pocket rocket Laura. The episodes have been exciting, and the lead up to the votes has been filled with anticipation. However, while my preferred castaway survived each episode, there’s been some mystery surrounding the exact circumstances of the votes. We haven’t really seen how each tribe felt after their stint at Tribal. Did the vote bring them together or drive them further apart? There is dissatisfaction in not getting the full picture because it can make it harder to follow the story episode to episode.

This episode pits the tribes as fun-loving versus fraught. The Contenders spend their days streaking down the beach and divvying up personal care items. We get a glimpse into Shaun’s mindset entering the game, which sets up his run as a golden boy through the reward challenge. Meanwhile, the Champs are cold, dirty, and tired. Their kitchen is ruled with an iron fist. The moment Nova barked that each person could only have one banana per day, my mind immediately jumped to Heroes vs. Villains and James Clement’s run-in with “banana etiquette.”

To cut a long story short, James was a strong player whose lack of social skills was exemplified by being unaware of his tribemates’ desire to partake in a banana. James would take a banana without offering one to anyone else, and to members of the opposing alliance, it seemed selfish. Now, almost a decade later, bananas have reappeared and are making Ross scared of kitchen boss Nova. Luke sees Ross’ small moments of irritation and intends to exploit them. The “Sporty Seven” are still in control of the Champions tribe, and the bromance of Luke & David need more allies to give themselves a better footing in the tribe — the banana situation provides a perfect opportunity. 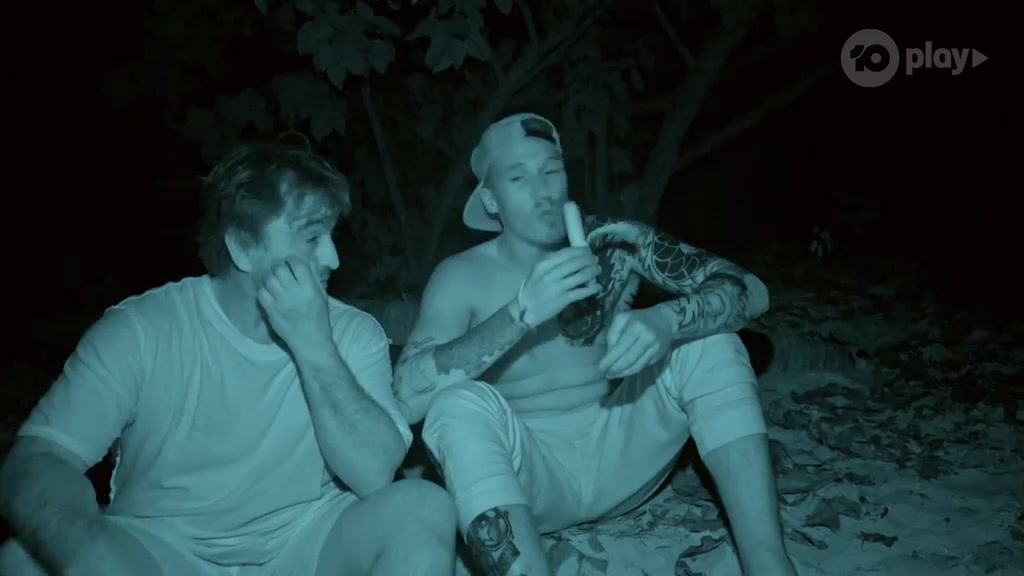 The challenges of this episode continue to impress. This episode’s reward challenge was heavily featured in promos for the season. The reward challenges so far have been a series of showdowns. Years of junior lifeguard summer school (painfully enforced by my parents) taught me that running in knee-deep water is no joke. Not only is it hard to gather speed, but it is also very easy to come off balance by simply stepping in the wrong place or leaning too far on the wrong angle. Throw in an opponent trying to take you down, and this challenge is no walk in the park. There are a few notable face-offs. Luke triumphs against Matt in their third confrontation this season, Baden redeems himself by besting Ross, and Shaun wins handily (twice!) to nab the win for the Contenders.

While the reward of an individual personal care item each seems a little meager compared to the previous rewards, it does give Andy a chance to explain the tribe dynamics from his point of view. Getting insight into the tribe structure provides us with a bit of an idea about what to expect going forward. From Andy’s perspective, the “cool kids’ clique” (Shaun, Daisy, Matt, and John) are sitting at the top of the tribe. The bottom crawlers are Baden, “hairdresser” but so far silent Hannah, and fellow “old person” Sarah. The remaining castaways (Sam, Casey, and Harry) straddle the middle. Andy doesn’t place himself within the hierarchy, but his demeanor and confessionals so far suggest he wouldn’t even put himself on this ladder but in his own category altogether.

The break between challenges not only allows us a glimpse of the Contenders tribe but gives Luke a chance to sniff out his idol. Having used the clue as a cigar in the previous episode, Luke joins forces with David to go hunting. Even though he initially ignores David’s suggestions, the two manage to dig up the idol next to a three-pronged tree stump and bless us with a celebratory dance for good measure. 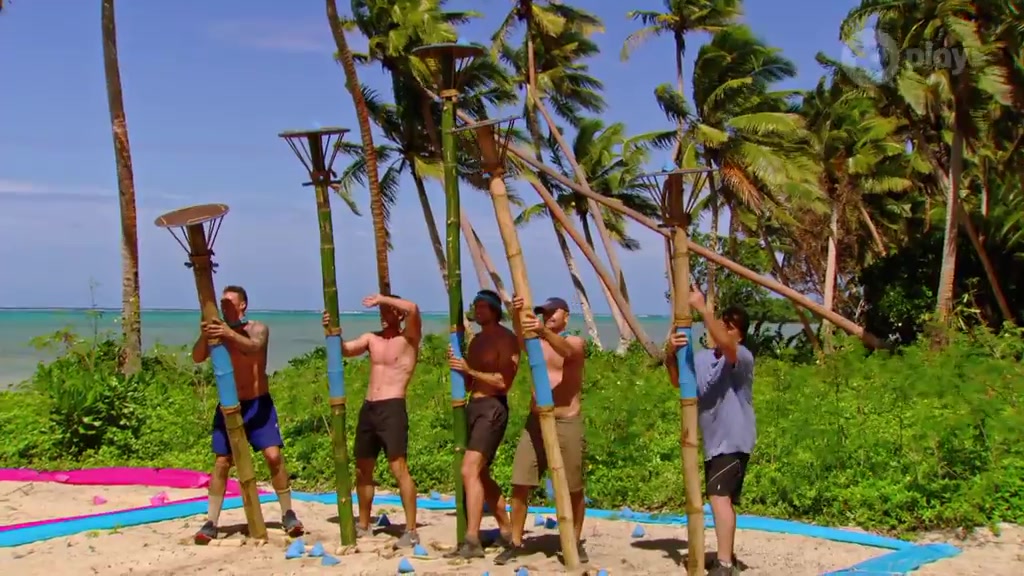 The immunity challenge requires teamwork and communication. The challenge seems to live and die on its very first obstacle. The task of digging space under a log large enough to get the whole tribe through becomes more than just a physical obstacle to Janine when her suggested strategy ends up failing and putting the Champions behind. They never quite manage to catch up and win nothing but a second trip to Tribal Council.

As soon as the challenge finishes, Janine is in the hot seat. Some key members of the Sporty Seven point to Janine’s suggested strategy as the reason for the tribe’s loss. Nova states more than once that Janine should “own her mistake” and that her punishment should be a trip home. Steven and Susie confer and agree that Janine is the sensible choice to go.

The choice of Janine as a target didn’t sit well with me for a couple of reasons. Janine’s suggestion did contribute to the tribe’s loss at the challenge, but her record has otherwise been spotless at challenges, socially and strategically. By taking one idea from Janine so seriously, these tribemates are also setting themselves up for a similar downfall later. While targeting Janine is convenient now, it may seem significantly problematic when other tribemates are blaming you for one statement you made or one vote down the track. It’s as if they want to take a minor (albeit poor) strategic suggestion as a sign of a greater character problem. From an outsiders perspective, there is no such flaw. The reasoning to boot Janine seems wishy-washy; just something the majority are clinging to until the vote is done with. 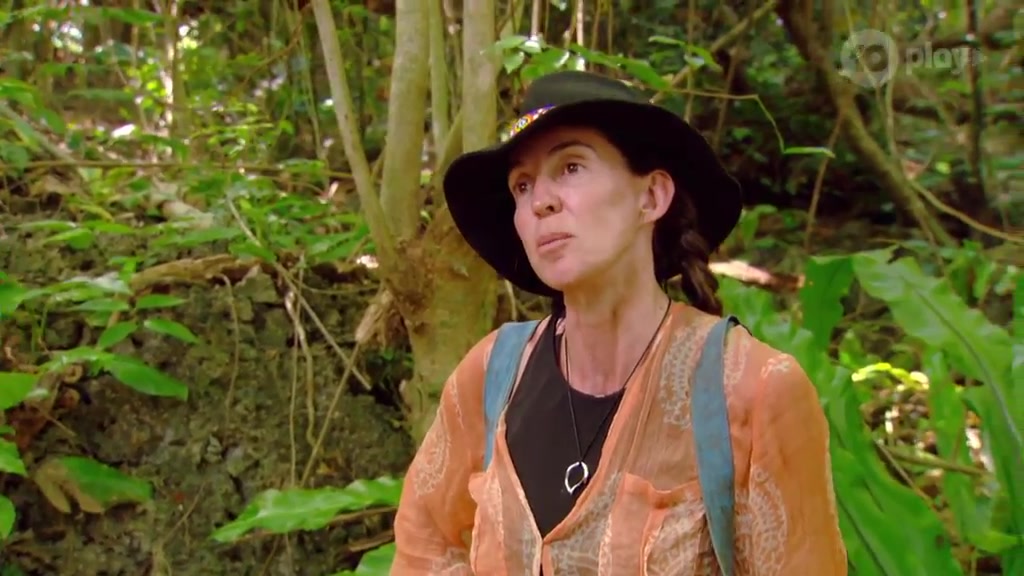 In the previous episode, the talk was about “keeping the tribe strong, “and multiple tribe members point out that Janine has performed better in challenges than Susie (and assumedly Pia) in the first seven days of the game. Abbey, a member of the reigning Sporty Seven, is disturbed by her position in the alliance. Instead of being involved in discussions, she is simply told who to vote for, and that doesn’t sit well with her. Abbey wants the tribe to be strong, and she can see that Janine going home is not the path to this outcome.

Whilst still the loveable larrikin we all knew and loved in season two, Luke has stepped up his social game. So far we’ve seen Luke’s process unfold: his initial assessment of fellow castaways (naming Ross as a “big kid,” someone who wants to “run amok”) is followed by appealing to their interests (using a sports metaphor trying to sway the sports alliance). Luke was ranked no lower than 8 in the Inside Survivor Power Rankings this past week, and despite being the only person with experience playing Survivor, the King of the Jungle has skirted any target and is shaking up the game one step at a time. Luke, and David, approach Abbey personally, validating her concerns but repeating their stance that the weakest member of the tribe should go home to benefit those remaining. 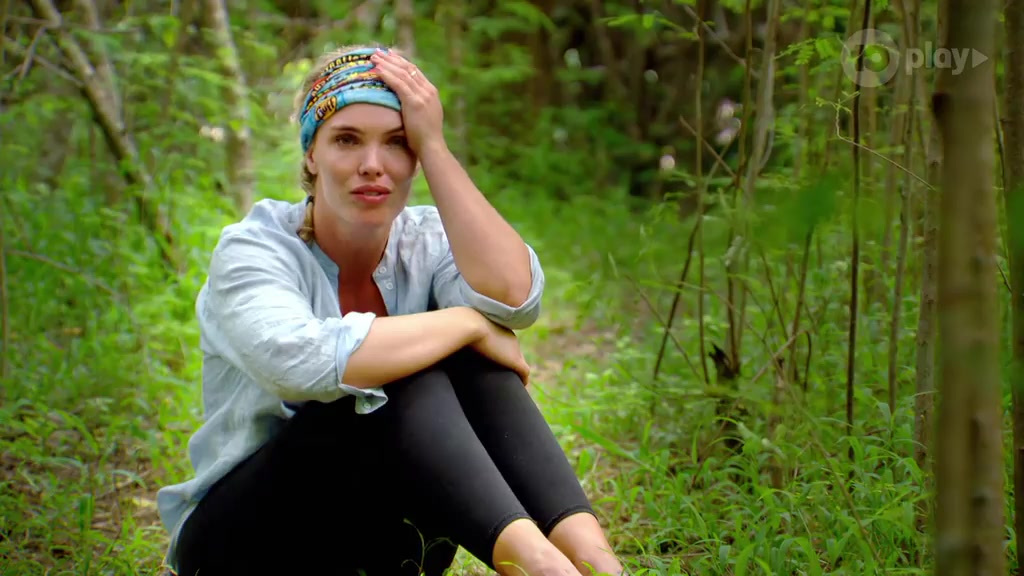 In my own mind, Janine was the most significant threat going into this season: a well-known, savvy businesswoman with experience on reality television. She is someone known for promoting healthy eating and living. The only reason she wasn’t my winner pick is that her threat level is so high that I couldn’t envision her making it far without being taken out. For the sole reason she might need to go home to be a poor challenge strategy is nigh unfathomable to me. Abbey, fortunately, recognises Janine’s strength and sees her benefit to the tribe, and thus her own game, going forward.

Tribal is a repeat of what we have heard so far. Nova wants Janine to own the mistake and go home for it. Jonathan LaPaglia questions Steven on what the vote might be based on. The chat turns to loyalty. Steven just wants to be loyal. The insinuation is that loyalty is the most prized attribute in any fellow castaway. While the argument is self-serving, it is immediately and definitively rebutted. Janine points out that she is both loyal and strong, and so the tribe doesn’t need to choose either loyalty or strength. They can have both. She repeats Luke’s earlier argument – if they were going into the grand final (the next challenge) who do they want playing for the team? Who would they bench? Despite being loyal and very sweet, Janine is offering more to the tribe, and it’s plain to see. 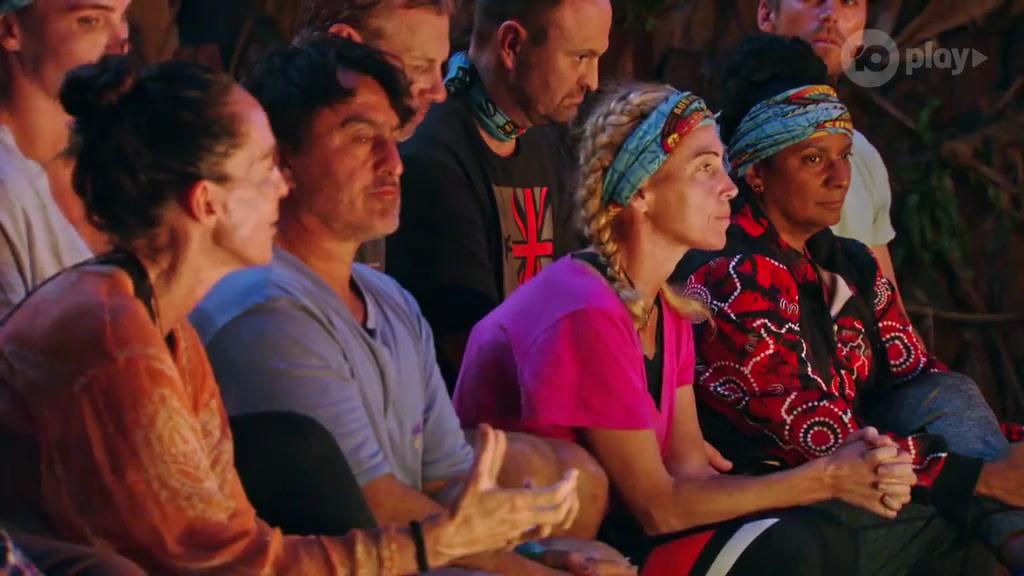 The votes are cast and genuinely until the very last vote I believed that the Sporty Seven had stuck together and Janine was heading home. My stomach was in knots, and I was holding my breath without even realising. The underdogs managed to flip not one but two athletes! Strategic mastermind Steven lost his grip on the game. When the final vote came down, and it came out that Janine was staying, I was ecstatic. Despite the promises of the “biggest deal ever,” I was never 100% sure that Janine would pull it off. I’m thrilled to see what Janine has left to give the game, particularly as the Sporty Seven alliance begins to crumble.

OTHER #SURVIVORAU COVERAGE on INSIDE SURVIVOR

Australian Survivor will be back to Monday 29 July at 7.30pm AEST, and Austin Smith will be on hand to recap everything that goes down, down under.

Also, be sure to tune in for this season’s Power Rankings as Season 2’s Tessa O’Halloran, Season 3’s Fenella McGowan, and Redmond himself, Martin Holmes, go head-to-head.

The Fourth Catfish Revealed For The Celebrity Circle