Ladies and gentlemen welcome to the end game; 43 long days have passed, and 18 castaways have been whittled away to leave six left fighting for the crown. The happy, smiling group masks the fierce battle of flipping allegiances, hushed water hole chats, and the never-ending walks down the beach. If you’d asked me who the top six would be at the merge, I’m not sure this is the group I would pick.

The episode opens with several monologues from castaways about their time in the game and their motivation to win. Pia, who incidentally is having an island birthday, misses her family but uses her longing for them to fuel her fire. King Luke is also thinking about his family while he blitzes challenges and bonds with his fellow castaways. Janine is glad she has surprised people by going on Survivor and is determined to follow her business-based strategy all the way to Final Tribal.

In my mind, both Luke and Janine carry such big targets that I was amazed they even got to the merge, let alone the end game. Janine has been pinpointed as the “Godmother” since the pre-merge. And Luke has to be one of the most likeable castaways to ever play the game (all franchises included), and he brought a more strategic mindset this season which is giving him an edge over the other competitors.

Harry aka “Dirty Harry” aka “the cockroach” has more confessionals than he does successful game moves. A self-confessed fan of the show, for all Harry’s great ideas, he hasn’t been able to execute many moves to add to his Survivor resume. While it’s true Harry has been a focal point throughout the season, his moves tend to go awry, leaving himself and his allies in a more awkward position than they were in before. His best moves seem to be complete mistakes (like sending his allies to do his dirty work and getting them into hot water for doing so). 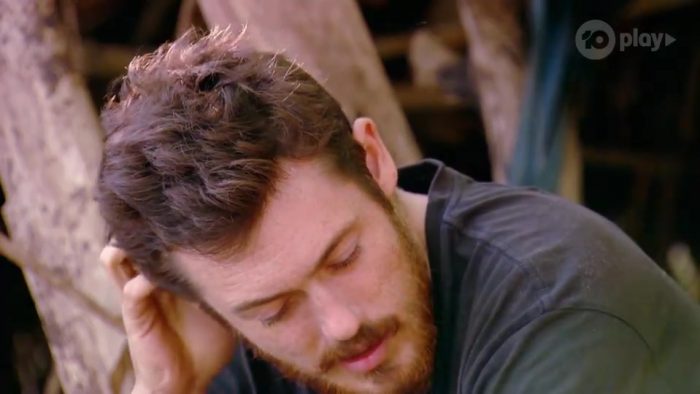 You’ve got to give Harry credit for never giving up despite his recurrent failures—he even deems Simon’s boot a success (despite it really being Luke and Abbey’s move). Having taken one Champ out, Harry wants to take out another. Early in the episode, Harry gets the wheels turning on voting out Luke. He knows that Janine is A) crucial to being able to get Luke out and B) not going to trust a word that comes out of his mouth. In the same way he accidentally sent Casey to her death way back on day 24, Harry sends Baden into the fray to try and recruit Janine, while Luke, Abbey, and Pia are out fishing. Baden seems to get Janine on side and even scores a few Godmother tips about how to handle Luke.

As all good Survivor fans know, whenever a target and plan is set before the challenge, then whoever wins Immunity is sure to ruin it. The challenge is a rainbow spectacular of ropes and puzzles, and the almighty King of the Jungle rises once again. Although he struggles to get his puzzle together, Luke wins the challenge and (unbeknownst to him) safety that he desperately needed. The game is shaken up again. It soon becomes apparent that Abbey and Luke are the swing votes in this situation. 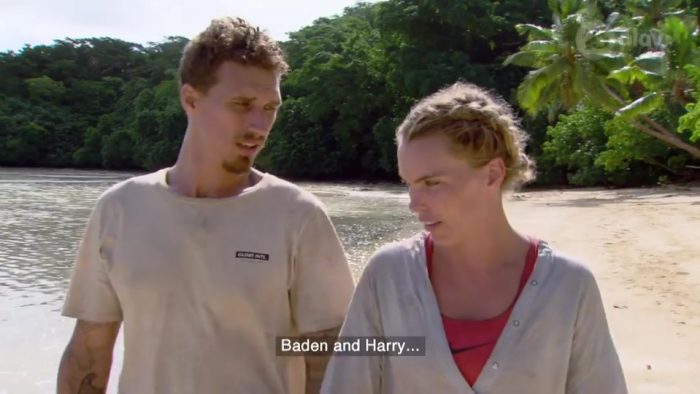 Somehow, in the way the game has panned out, three pairs are remaining. Janine and Pia have been best buds from the beginning. Harry has seen several of his allies go after he played idols on himself and the only one remaining is Baden. Luke and Abbey, both previously attached to other duos and trios, are together due to being challenge threats. Each pair seems to have one player who is more aggressive strategically than the other (Luke, Janine, Harry) and one who is making more quiet moves to try and advance (Abbey, Pia, and Baden). Since Luke and Abbey are the only ones who have worked successfully with everybody remaining, they have the power to choose which side to join with.

I’m going to take a moment here to question why Baden and Harry decided to take their plan to Janine and Pia before Immunity was finalised. Approaching someone in a time of peace, as opposed to the heated time between Immunity and Tribal Council, provides some credence to your move rather than it seeming like an act of desperation as you scramble to stay safe. However, by approaching Janine prior to the challenge, she now has ammunition to use as she tries to win Abbey and Luke’s votes. She does this almost immediately, and it has the intended effect—Luke and Abbey are unsure about who they can trust. 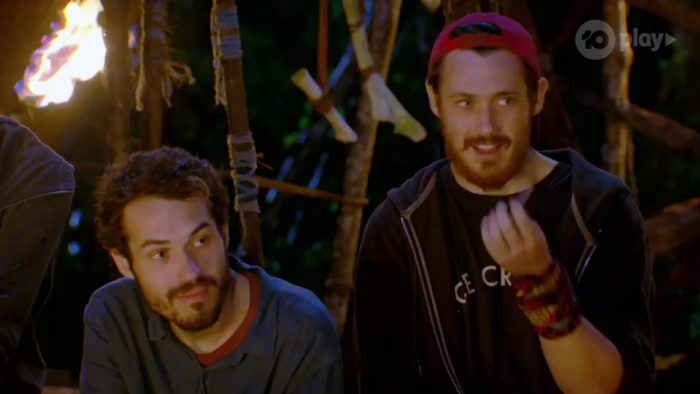 On the one hand, Abbey believes that Baden had concocted a plan to get Luke out. Even though he was simply the messenger for Harry’s plan, Baden is getting all the heat for a move that never happened. On the other side, Janine is always a threat since she’s had influence in the game and survived despite her ever-growing target. Both groups think they have Luke and Abbey on their side. Tribal Council conversation even leaves off with Luke saying nobody should be surprised by the outcome, even though clearly at least two people will be blindsided.

At the end of the day (or night), it seems like the Godmother just couldn’t outrun the votes any longer. To me, Janine was instantly recognisable among a cast of celebrities, and I immediately pinned her as someone with great intelligence and perseverance that could really shake up the game. With her constant quotes about how Survivor is just like the business world, Janine just couldn’t pull out the deal on this one and is going to commiserate over some delicious fruit-based smoothies at Jury Villa. I’ll miss her ability to keep her cool in chaos and her seat at the top of the dominant ladies alliance with Abbey and Pia. 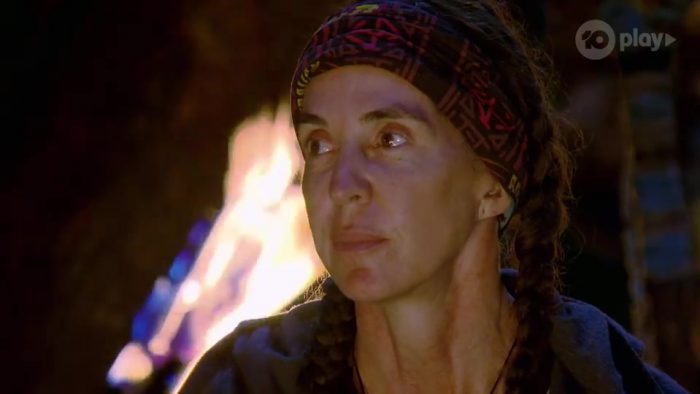 Speaking of Pia, she’s a little bit left in the lurch, but I think losing her closest ally will make her more of someone to be worked with rather than the next target. Pia’s likeability has been remarked upon by various castaways and seems matched only by Luke. This could serve her well as the game and the journey to find the Sole Survivor continues. For my sanity, just please don’t let it be Harry.

One response to “Australian Survivor 2019 Episode 21 Recap – Who Doesn’t Want A Happy Ending?”