This episode opens to Day 37 on Soli Bula beach; in the US franchise, there would only be four or five people remaining, and the castaways can practically sniff the win. Down Under there’s eight left in the game. Three original Contenders and five original Champions are still out on the beach. The tsunami of David’s elimination is beginning to settle, and a new storm is brewing. Harry puts it best when he says: “one conversation changes the whole game.” But which conversation was it? This episode was like seeing an iceberg in the distance—the top you can see above water is just a fraction of the whole thing. The Champions alliance is starting to splinter, but it’s not yet clear if the cracks are big enough to be significant.

To my mind, three really important conversations happen in this episode, each with the potential to tear open the game. In the episode introduction, Janine refers to the previous night’s Tribal Council as “Russian roulette” with the possibility of Daisy correctly using her idol and negating the votes on the Champions’ intended target. Ultimately the Contenders weren’t able to do this, as Daisy played the idol on herself and John was ousted. Without a replacement idol—which Daisy searches for unsuccessfully during the episode—the Contenders are looking for any way to get themselves through the next three days.

Daisy is reeling after her second misplayed idol. She decides to spin a lie during one of her “supervised” idol searches while being tailed by Luke and Simon. She wants to use a universal Survivor truth to crack open the Champions—nothing is more important than trust in your alliance members. Daisy makes what I consider to be her best move so far, using some good, old fashioned paranoia. When she found her previous idol, Luke and Pia caught her red-handed. Daisy states that she knew Luke told everyone about her idol because “someone came and told me.” Daisy admits in confessional that nobody told her this tale, but she thinks it might help crack the Champions alliance.

Luke falls hook, line, and sinker for Daisy’s white lie and truly believes that a member of the Champions alliance spilled the beans to the Contenders. For the King of the Jungle, the likely culprit is Pia, since she discovered Daisy and her brand new idol along with Luke. Luke admits his shock that Pia could be playing both sides so sneakily since they’ve been strong allies ever since the beginning of the game. It’s the seed of mistrust that Daisy wished for and it’s starting to grow. I consider this a conversation that can change the game because it took Daisy less than five seconds to totally bamboozle Luke into doubting his own allies. 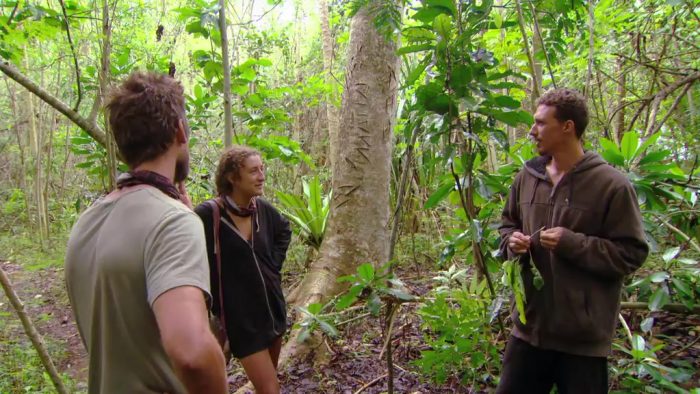 Janine and Simon are victorious in the Reward Challenge and choose Pia and Daisy to join them for a spa night away from camp. Both groups use the time for some strategy. Janine admits that she doesn’t really want to work with Daisy, but she does want to get any information from her that she can. Simon brings up that Luke is paranoid about Pia being the one that told Daisy about the idol info. The spa-goers agree that Luke is a dangerous player, so dangerous, in fact, that a little blindside might be required to take him out and this group (plus Abbey back at the camp) could be the ones to do it. Daisy is hopeful that the target has shifted from her. The scene is reminiscent of Australian Survivor 2017 when a group (including Luke) attending a reward created the “Champagne Alliance” to take out top-notch player Henry. It worked a treat.

Back at the beach, Harry takes the golden opportunity to water Luke’s mistrust. Luke is trying to find out which Contender spilled about Daisy’s idol. Whether he was wisened up by Daisy in advance or took a wild guess, Harry is on the money when he tells Luke it was Pia. You can practically see the cogs turning in Luke’s head as he becomes more and more convinced that Pia is the mole he is searching for. He tells Harry and Baden that he is “100% in” with their plan to take out Pia’s closest ally: Janine. 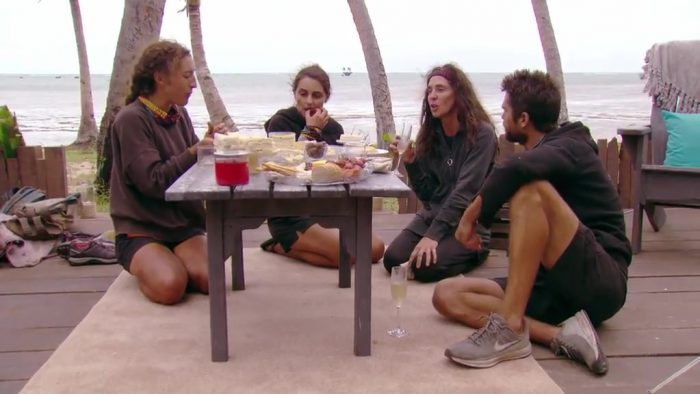 Unfortunately for the trio, that plan falls apart when Janine pulls out an impressive win at the Immunity Challenge. It’s not long before the scrambling begins. For once there is no idol in play. The Champions gather to discuss a target, and despite the spa conversation, Janine still wants to keep the Champ numbers and vote Daisy out. Simon is unhappy that Luke is escaping the guillotine, but before he can air his grievances, Janine tells Daisy that the votes are on Harry since they couldn’t get a fifth to go for Luke. From here on on out, things get a little chaotic.

Daisy doesn’t believe for a second what Janine is telling her and correctly gauges the target is on her. Realizing that she is on the chopping block, Daisy makes a last-ditch effort to throw the Champions for a loop. She manages to rub salt in the wound by telling Luke about the spa camp’s plan to blindside him. However, the always perceptive Pia notices Luke socialising with the Contenders and decides to provide him some reassurance that she didn’t act as a mole and that there was never a serious plan to boot him. Somewhere, in the midst of all this mess, Harry is still gunning for Janine and is furious that the Godmother has escaped his clutches once again. 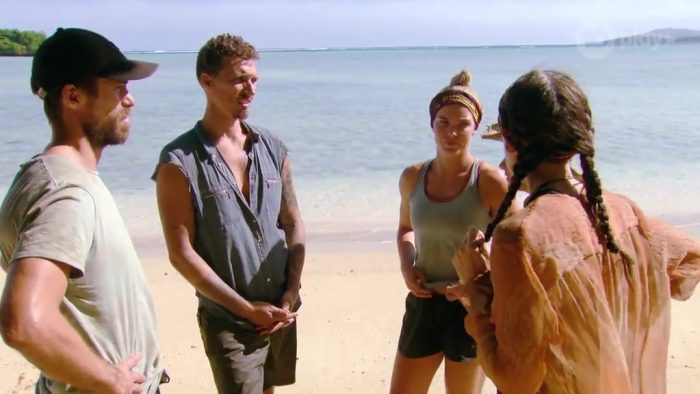 All of the tall tales and crisscrossing makes for a decidedly awkward Tribal Council. Daisy talks openly about the plan made at the spa, and Luke confirms he heard about the move to blindside him. Janine, however, remains steadfast and rebuts that it was simply misdirection to fool Daisy. The feisty farm girl is unconvinced. To stir things up, Jonathan points out that the Champions have fooled Luke once before when they took out his closest ally David.

Things aren’t looking so straightforward for the Champions, and I honestly believe the vote could go any which way until JLP drops a bombshell—this is no ordinary Tribal Council. It’s time for another “non-elimination” episode. The person with the most votes won’t go to the jury but to Exile Beach, where they will await the next Tribal victim who will face-off with them in a duel. The winner will return to the game, and the loser will be eliminated for good. Most of the tribe wince, knowing that there will be at least one returning castaway holding a grudge. Harry alone thinks that it could be a fun few days. I know Harry loves the game and enjoys the chaos, but I’m beginning to worry he’s getting some island delirium. 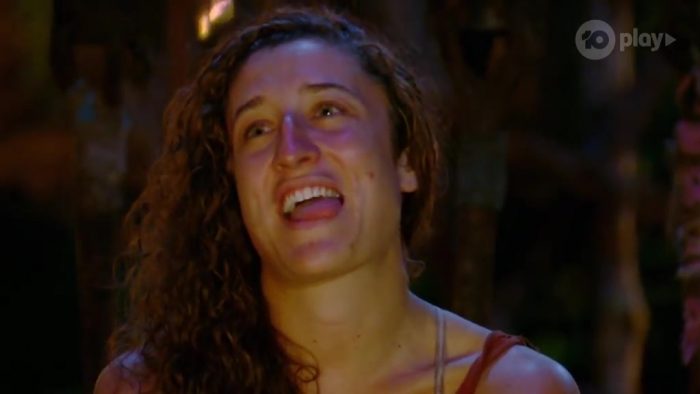 With the stakes changed, the vote suddenly becomes more about being in the majority (so you’re no solely to blame should the voted castaway return) and less about individual’s targets. The Champions vote five strong for Daisy, and she’s whisked away in the dark of night to the dreaded Exile Beach. Baden offers Daisy some encouragement to stay strong, and all Daisy can say is, “I don’t think I’ve got much choice”.

What will happen now? Will the tribe try and send a strong player to Exile in order to prevent Daisy’s return? Will the Champs stick together and simply take out another Contender? Or will the cracks in the Champs alliance continue to grow and result in a shock elimination?