Former Survivor: Cagayan contestant Kass McQuillen has become the eighth castaway to be voted out of Survivor: Cambodia – Second Chance.

The 43-year-old Attorney from Tehachapi, California was eliminated after the Bayon,and Ta Keo tribes merged into one. With 13 players still in the game, this was the biggest merge in Survivor history. The vote came down to Kass or Ciera after both had gotten into confrontations at camp with members of the old Bayon tribe. Kass six received votes from Keith, Kimmi, Savage, Stephen, Tasha and Wentworth. Ciera received four votes from Jeremy, Joe, Spencer and Wiglesworth. Kass and Abi voted for Tasha, while Ciera voted for Savage.

Kass originally finished in 3rd place (out of 18) in Cagayan, lasting 38 days in the game and narrowly missing out on a spot at the final tribal council. She becomes the second Cagayan casualty in a row after Woo was eliminated last week. Spencer and Tasha are the last two remaining Cagayan cast members.

In her post-tribal council, confessional Kass said how she wanted to play her Second Chance by building relationships and working on her social game. She said it worked for 18 days, but then she brought out Chaos Kass and threw a bomb on her game. 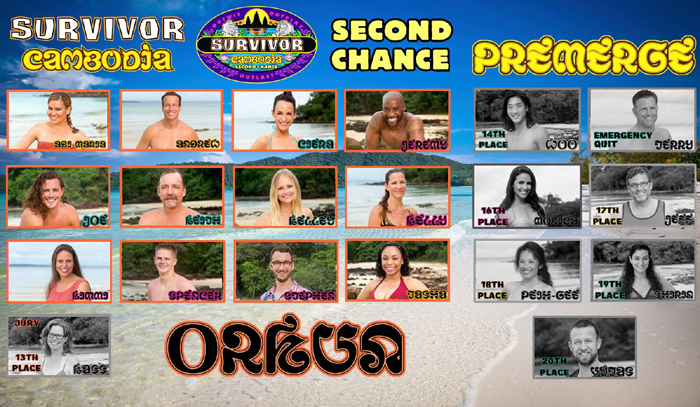